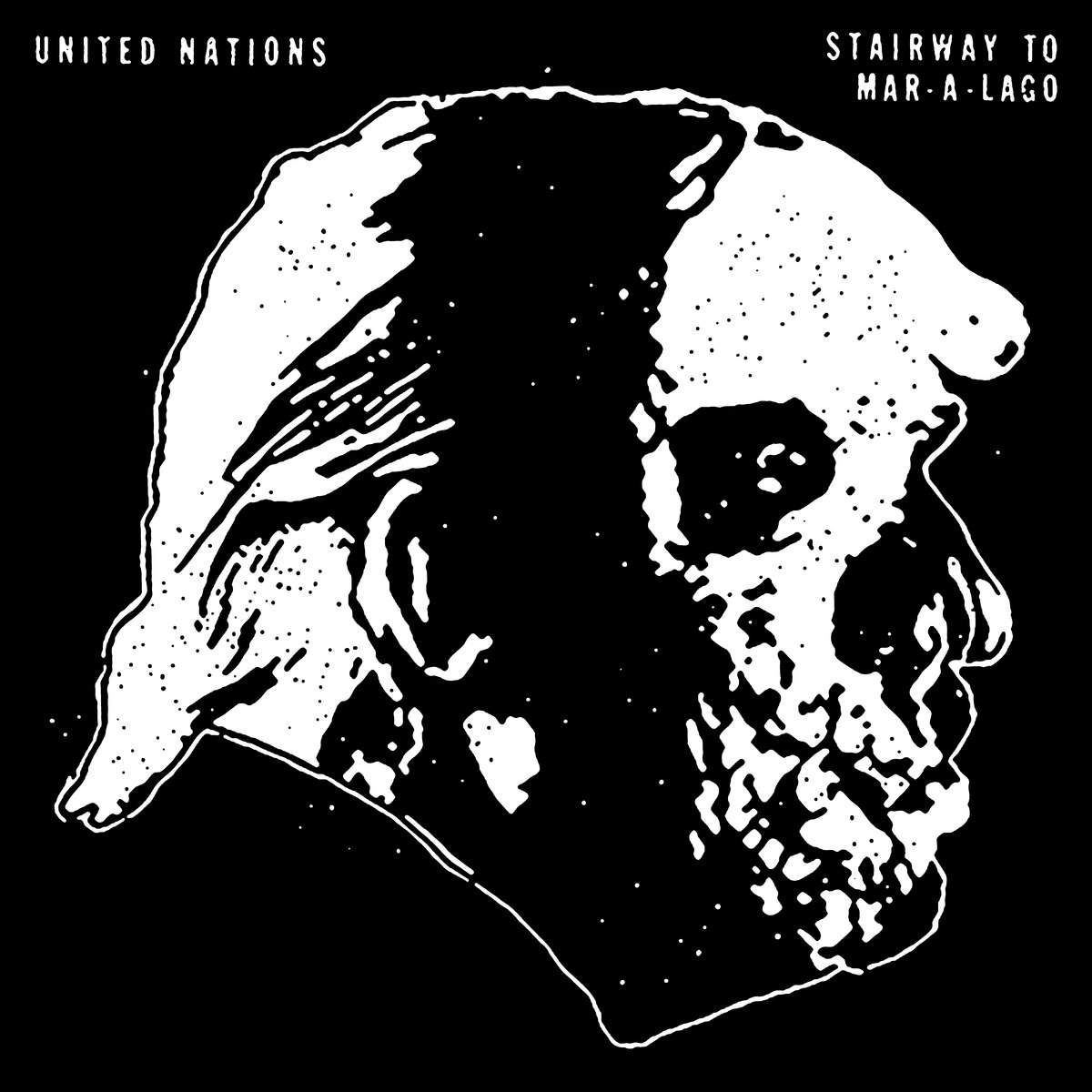 United Nations, the revolving-lineup punk outfit fronted by Thursday’s Geoff Rickly, has just released a new track to coincide with the inauguration of Donald Trump as President of the United States. It’s called “Stairway to Mar-a-Lago,” and as expected it’s a pretty intense and blistering track, with characteristically venomous and satirical lyrics.

The track is available via the United Nations Bandcamp page for a pay-what-you-want price. Proceeds from the sale of the track will be donated to the ACLU and Planned Parenthood. Listen to United Nations’ “Stairway to Mar-a-Lago” below.