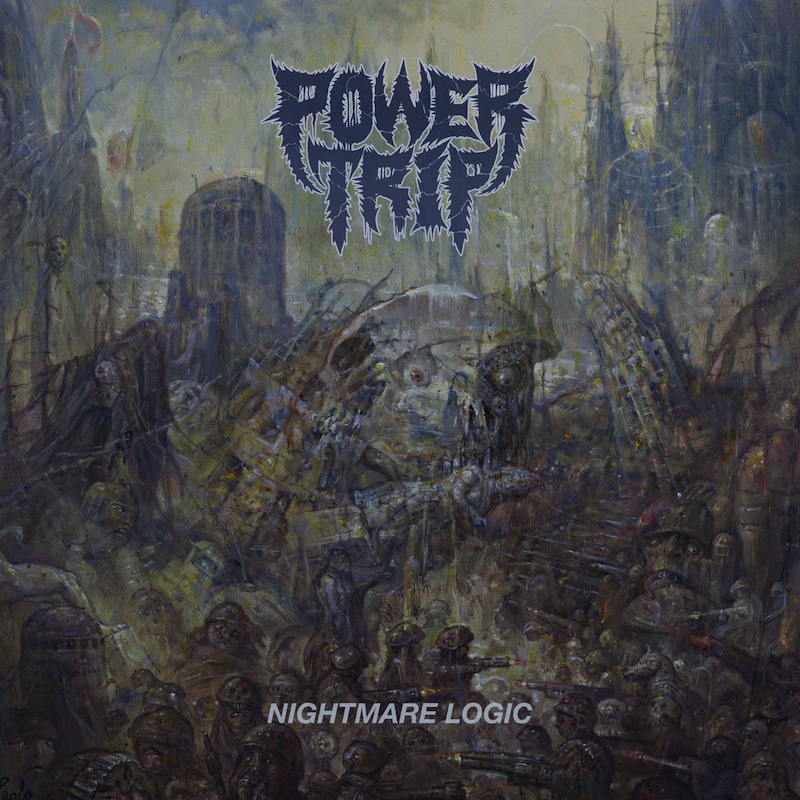 Power Trip‘s Nightmare Logic starts off with a bang. It’s a very literal series of explosions, the sound of a warzone backed by an ominous wash of synthesizer seemingly plucked from dystopian cinema. It isn’t subtle—when you’re a thrash metal band rooted in the most visceral hardcore as Power Trip is, subtlety isn’t your first priority. The sound of those explosions, in any other decade, wouldn’t necessarily seem so terrifying; thrash metal, after all, has made destruction and nihilism a pretty steady theme throughout its more than three decades of existence. But in 2017, the idea of an unhinged leader taunting hostile foreign powers to action with little more than a tweet doesn’t seem so hard to believe. The first thing you hear on this album is a warning.

That warning, however, could very likely be connected to the sound of the album itself. Power Trip’s debut album, 2013’s Manifest Decimation, was an eight-track crash course in riff-driven destruction, and it never once let up from its hyper-speed mayhem throughout its 34 minute runtime. So, those explosions? They might be abstract social commentary, or they might simply be the most dramatic way to send a message that Nightmare Logic is a bigger, more direct and even more ferocious set of thrash metal and hardcore than its predecessor. To borrow a phrase from Henry Rollins, Power Trip are in kill-everything-now mode, and everything in the path that lies before them will be reduced to ashes.

The increased intensity in Power Trip’s approach is immediately apparent on Nightmare Logic, though even more striking is the strength of the songwriting on the album. With each rise in tempo comes an even stronger melody, and with each circle pit breakdown there’s a more interesting chord change or hook. Early single “Firing Squad” is a streamlined and refined example of Power Trip at their most potent, rocketing forth at the speed of Slayer circa Reign in Blood as frontman Riley Gale barks out an indictment of rigid ideology: “I see your way of life and I think it’s a joke—’Don’t step out of line, you’re walking a tight rope!’” The outstanding “Executioner’s Tax (Swing of the Axe)” trades just as much in fist-pumping moshability and squealing whammy-bar solos, but Blake Ibanez’s power chord riffs are catchier than they’ve ever been. Singling out any one track as being the strongest is tough—there’s an endless display of furiousness at play that makes Nightmare Logic an album that demands a front-to-back listen—but the title track is one that stands out. The solos are more dazzling, the atmosphere all the more tense, and its chorus is the most stunning from a production standpoint. And true to its name, Gale takes a thrash metal trope, B-movie horror narratives—a “struggle to navigate the living nightmare” as Gale told Treble in a recent interview—and applies the principle to a nightmarish real world: “As we struggle in the fight to survive, Through strange domains and vicious ways/From the darkest depths we will arise, This realm will be their demise.”

Adding an extra layer of depth and intrigue to Power Trip’s unrelenting assault on Nightmare Logic is the production of metal vet Arthur Rizk, a member of Sumerlands and engineer/collaborator who’s worked with noise innovators Prurient. His experimental touch is evident in various moments across the album’s eight tracks, sometimes in subtle ways and sometimes more overtly. He lends a layer of ominous industrial synth to the introduction of Side B opener “Waiting Around to Die.” And the explosions at the beginning of the album? That too is a reflection of his influence, coming back around at the end to finish the cycle—play the album from beginning to end on repeat and it’s essentially a continuous piece of music that has no endpoint.

At just over a half-hour, Nightmare Logic is concise and to the point, keeping up a tradition of slash, burn and GTFO as laid out in the ’80s by thrash pioneers such as Slayer and Exodus. But Power Trip pack a lot of ideas in those 32 minutes, opening up their sound and evolving as songwriters without sacrificing any of the devastation of their debut LP or early singles. Everything on Nightmare Logic is cranked up—speed, volume, righteous fury—and in the process Power Trip prove that, in their case, “more is more” is a winning strategy. 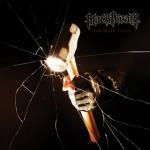 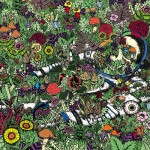