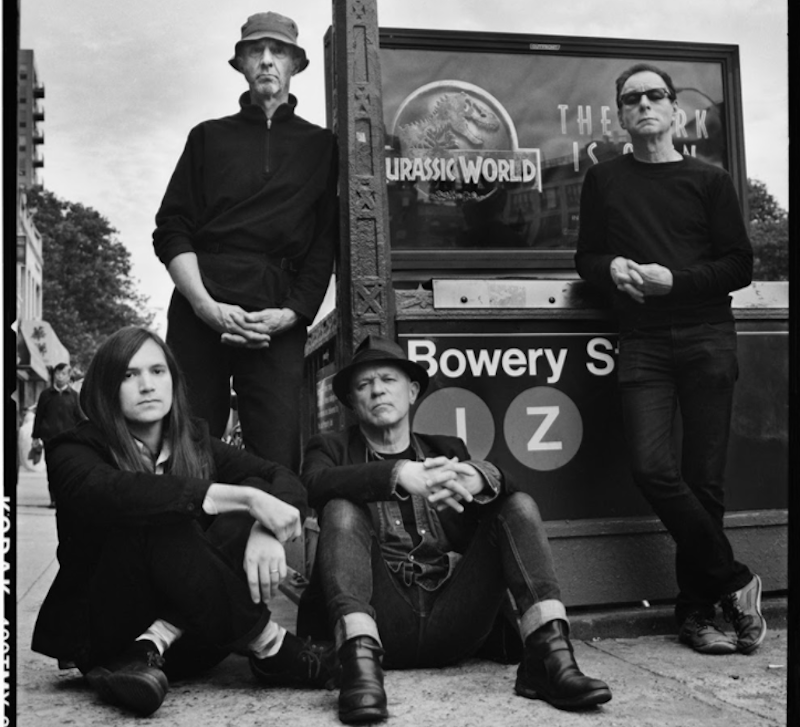 Post and post-punk legends Wire are celebrating their 40th anniversary as a band this year, including the release of a brand new album, Silver/Lead, on March 31. The band has also just announced a series of West Coast tour dates in North America, including three days of their DRILL : LA festival. The band will perform all three nights during the DRILL festival, with a special headlining set on April 1, which marks the actual date of their 40th anniversary. The festival will also feature Bob Mould, Julia Holter, Stereolab’s Laetitia Sadier, MIld High Club, Noveller, FITTED (featuring Mike Watt, Bob Lee, and Wire’s Graham Lewis and Matt Sims), Once and Future Band and more. Find more information here.

Wire’s Chairs Missing is featured on our list of 10 Essential UK post-punk albums.