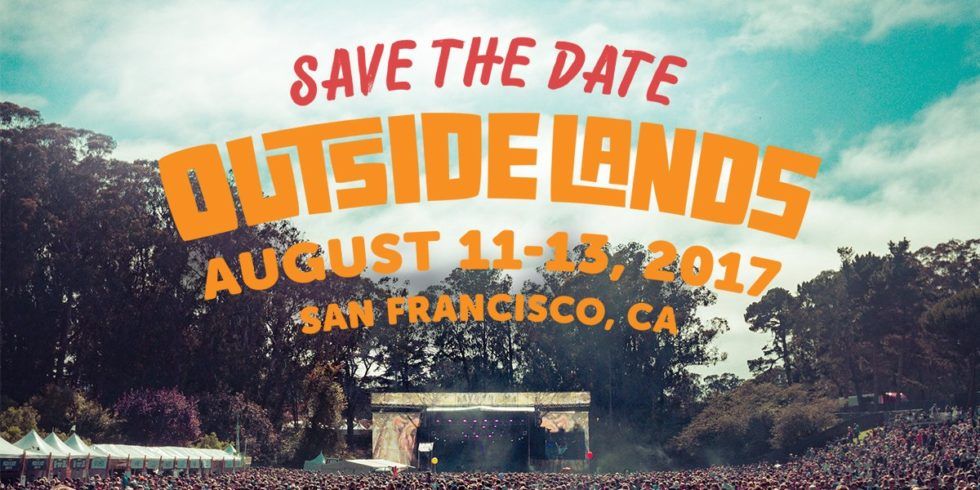 The Outside Lands festival has announced its 2017 lineup. The festival is taking place on August 11-13 at Golden Gate Park in San Francisco, and its headliners for 2017 include Metallica, The Who, Gorillaz, Lorde and A Tribe Called Quest. Also on the Outside Lands 2017 lineup are Queens of the Stone Age, Alt-J, Fleet Foxes, Empire of the Sun, The Avett Brothers, Belle and Sebastian, Solange, Future Islands, Schoolboy Q, Little Dragon, Kaytranada, Sleigh Bells, Thundercat, Action Bronson, Dawes, Royal Blood, Warpaint, Dr. Octagon, Real Estate, Temples, Hamilton Leithauser, Foxygen, How to Dress Well, Electric Guest, SOHN, Hundred Waters, Noname, Kamaiyah, S U R V I V E, San Fermin, Lee Fields and the Expressions, Porches and many others.

See the full lineup of bands on the Outside Lands festival website, or on the poster below. 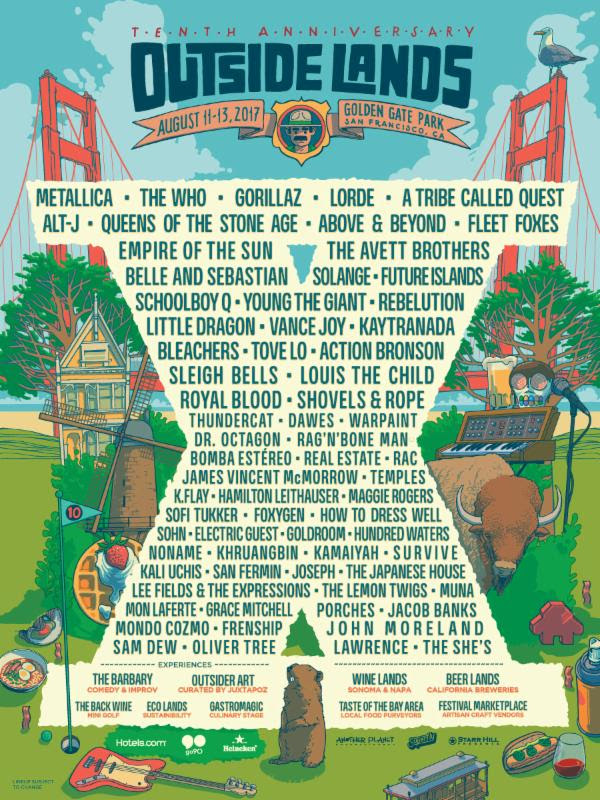