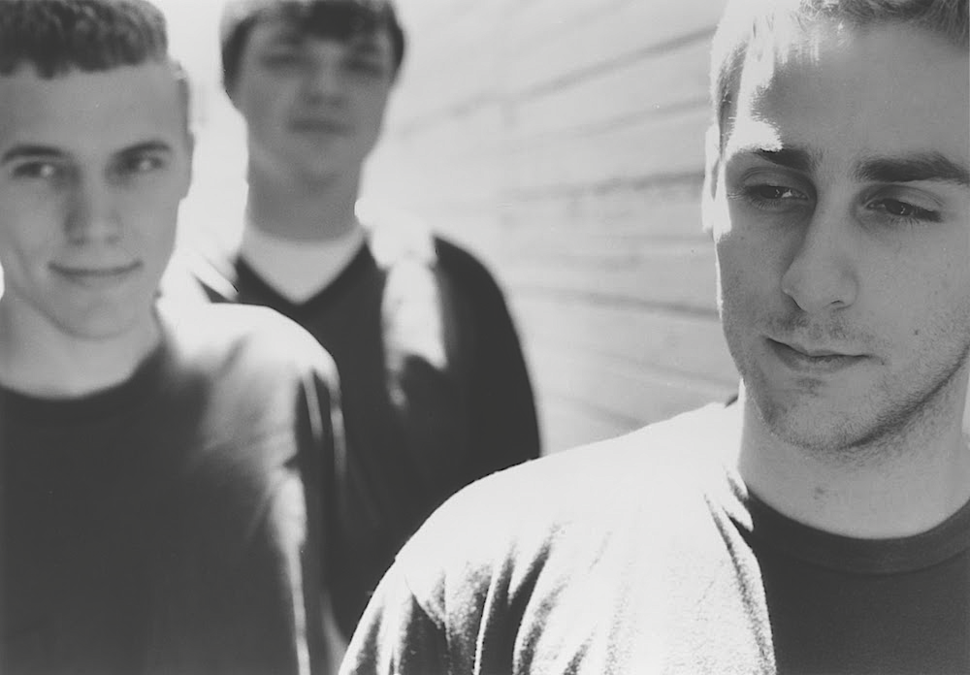 The following is part two of a five-part interview series with Tom Mullen of Washed Up Emo, a curator of emo history and, above all, an educator who has kept the dream of the genre alive through good times and bad times alike. Tom was gracious enough to offer his insight about the genre including its controversies and hidden histories.

By the time of this writing, we know what the ’90s as a decade has come to represent. The early ’90s saw an increased advocacy for the awareness of underground genres. With the rampant success of grunge and Nirvana’s paradigm-shifting career helping to define a massive change in music, emo itself stood in the periphery, struggling to find its identity in a landscape that was increasingly commercialized at unparalleled rates. What it held fast to was its own roots in the hardcore and punk scenes that had formed it, and it was this philosophy that would be tested throughout the decade as the genre struggled with substantial growing pains. The second wave of emo begins at the conflicted crossroads of cultural relevancy and potential commercial success.

The formation of emo’s core identity throughout the ’90s is a story that deserves closer examination. Unfortunately, there isn’t as much information as we’d like there to be. In a way, the stories are still being told by the bands, still being documented and having the paths of influence made visible by commentators, fans and musicians alike. Additionally, there were unique properties to the time itself that helped add to the complexities of the narrative. It was the last era of music to thrive and exist without a heightened digital profile in terms of both consumption and marketing. It was also a time where the concept of authenticity became equally as important to marketing oneself, in a sense integrity had become a metric for a viable market. You could, in a sense, purchase anything and, in turn, package anything to sell. Music in any form entered a realm of experimental hyper consumerism.

So if the first wave represented a rugged individualism that grew out of the conflicted emotional sentiments of the independent and underground scenes, what factors essentially determined the second wave of emo?

Traditionally, one could say that the second wave was about signature quality and growth. The second wave is often viewed as a renaissance that helped to define the genre’s trademark sonic qualities. Fascinatingly, it was evident from the beginning the increasing sensibilities of harmonic appeal were sowing its own seeds of potential commodification. This sensibility toward poppier and more accessible harmonies as well as higher quality production values was vital to the progression of the genre. Not only was the style of the sound growing in quality, its reach was also growing due to an increased media presence.

However, there had to be a galvanizing force essential to the second wave’s formative years, an inspiring artist that managed to break past their own conventions and influence untold numbers in the scene.That force would end up being Sunny Day Real Estate. 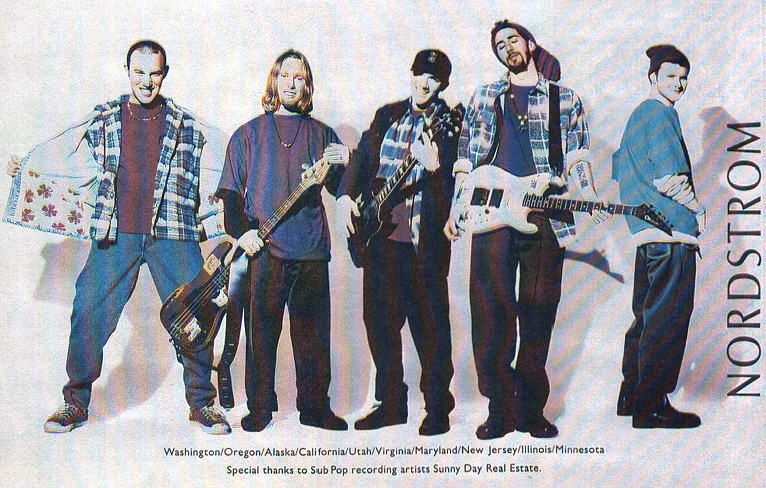 Sunny Day Real Estate’s landmark album Diary was released in 1994. Its effects in the twilight era of grunge were distinct. The “Seattle Sound” that had helped to carve out popular conception of new genres was often (and mistakenly) limited to just grunge, when in fact Diary helped bring emo into the mainstream, even if by complete accident. From music videos to an appearance on The Jon Stewart show, to a botched attempt at a quick paycheck by misidentifying themselves for a Nordstrom fashion shoot, Sunny Day was very much so using media as a force of marketing. And the media, at the time, was looking for something to fill the void of Nirvana’s absence.

Ironically, Sunny Day frontman Jeremy Enigk would be remiss to describe the album or band as emo at all. During an interview with The AV Club, when asked about the moniker of emo being so readily attached to Diary, he responded, “There are bands now, and for years, that called themselves emo. I never followed that stuff. But I recently went on tour with Into It. Over It. and did a little acoustic thing, and I guess that could have been called emo.” It seems that the negativity associated with the word itself was observable from its earliest mainstream applications, and was carried into the second wave and beyond.

Following the precedent set by the impact of Diary, the genre began to flourish throughout the country, proliferating at an extraordinary rate. This coincides with the sequential releases of some of emo’s most important albums. Texas is the Reason’s Do You Know Who You Are?, Mineral’s The Power of Failing, Braid’s Frame and Canvas, The Appleseed Cast’s The End of the Ring Wars and The Get Up Kids’ Something to Write Home About. This is by no means an exhaustive list, but the reverence held for these albums as titans of their time and beyond is well documented.

Alongside the variety of styles and sounds that were coming to define emo artists and emo-centric labels like Deep Elm was a developing community who was invested into using the internet to communicate and raise awareness about the artists and albums that weren’t covered by the mainstream music media of the time. As an example, American Football’s self-titled LP, released at the tail end of the decade in 1999, grew to prominence through its trade and profile through torrent sites and discussion boards. The LP’s revered status amusingly enough went relatively unknown to the band themselves, who quickly parted ways to pursue other projects and in general, live life. But as Kinsella stated in an interview through Noisey, “the album speaks to younger people. I think for teenagers or those in transition years, that’s the target for that album.” These same youth that Kinsella spoke of, digital natives specializing in literacy of their chosen media, were tireless advocates of the genre’s hidden gems. American Football’s self-titled work did indeed live on, not at the forefront of the music scene but behind closed doors, in shadowed rooms where torrents of the album because a currency all their own. In a time that felt increasingly more manufactured, the album sounded organic and mysterious, its appeal eventually reaching cult like status by in part, its flame kept alive by a community with access to a new medium, invested in the preservation of their hidden gems.

It’s through this new medium that a quiet succession occurred. There were no visible battles. Just discussions online that showed the passions of those that followed the bands whose sincerity, above all, meant the world to them. Fans began to argue about the first wave’s integrity and the visible splintering of the second wave.

So a congregation of individuals, as if preparing for what was coming ahead, sought to preserve the hallmarks of the first and second wave online. From the message boards and early chat rooms of Web 1.0 and early Angelfire or Geocities fansites to the presence of shared sites across webrings, emo grew from the analog to the digital with the rest of the underground. This was a community that was driven by curation and preservation. This went further than just the artists themselves, it was the art, the identity and the history of the genre as it was known up until that point.

Not much of it remains. At least on the surface. But through careful research from esteemed members of the community, these archives of passion can still be found. FourFa, a website ran by Andy Radin perhaps best exemplifies early attempts to educate and curate emo-centric information. Granted the validity and assessment of the information that was promoted wasn’t entirely vetted, but the heart, the soul, and passion of the moment was captured by Radin as a sort of time capsule that held true to the time.

Jejune’s fansite, last updated in 1998 gives a glimpse into a similar aspect of the fan culture and community that helped to usher in the genre with such wide acceptance. The aesthetics of the site and its archaic site layout show that it was a grassroots product of the time.

Things had once again changed. Not just for the music, but for the way we could observe and interact with music. Already, the filter of what was considered “good” or listenable by the mainstream was dying and being replaced by the boundaries and sacred cows of the community itself.

So what about the those that didn’t try to fight against the turning tide of culture? They embraced a set of value changes in an attempt to achieve success and bring their communities forward into mainstream prosperity. A lurching doom of existential proportions was on the horizon, and seldom few could see it, but it was assured that its impact will never be forgotten.