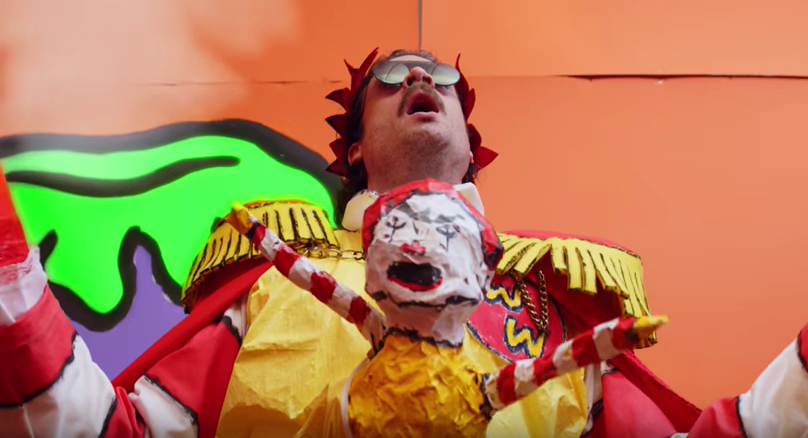 Father John Misty has released the new video from “Total Entertainment Forever,” and boy howdy is it a doozy of a clip. The video was directed by Four Gods and a Baby (a collective that features Macaulay Culkin, Adam Green, Thomas Bayne and Toby Goodshank) whose members all appear in the video. Riffing off of the line about “bedding Taylor Swift every night inside the Oculus Rift,” the clip is a surrealist VR fantasy through the eyes of George Washington in which people are policed by fascist Ronald McDonalds (including a small papier maché Ronald that pops out of a torso, Alien-style). Kurt Cobain (played by Culkin) is crucified with the title “King of the Cucks,” between Garfield’s Jon Arbuckle and Bill Clinton. It’s…something. Watch the Father John Misty “Total Entertainment Forever” video below.