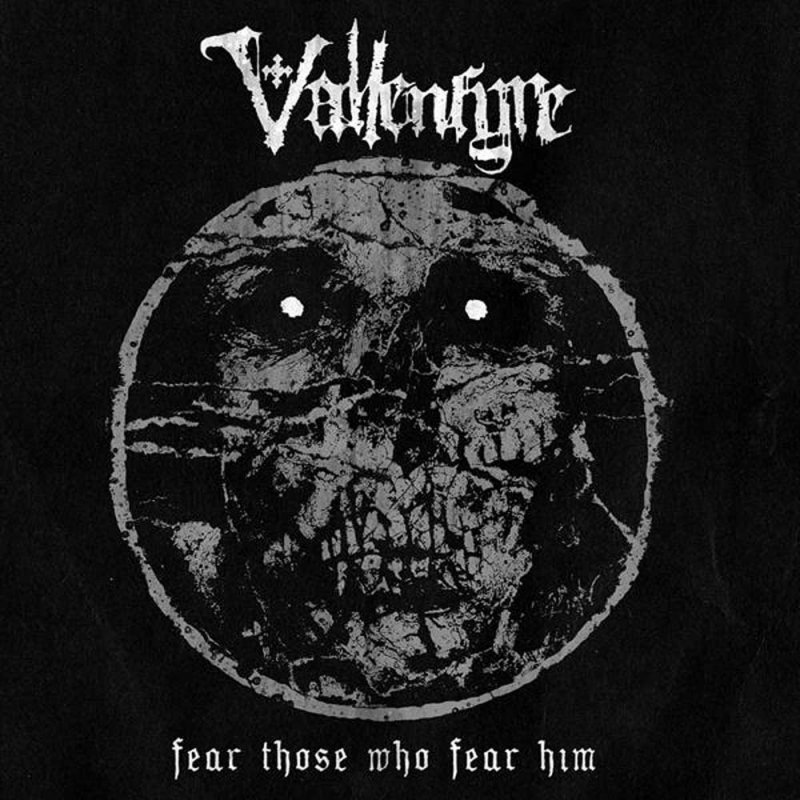 Vallenfyre hails from Britain, but the UK death metal outfit have taken a great deal of influence from Sweden due to the Entombed-like sound they employ. It’s odd, however, that they’d show this kind of fixation with a particular era and set of figures in metal history. As veterans from long-standing bands such as Paradise Lost and My Dying Bride, they seem more like peers of a band like Entombed than anything.

Yet in spite of the heavy influence of Gothenburg death metal on new album Fear Those Who Fear Him, it has its share of unique moments. The first such standout is the doomier “Apathetic Grave,” wherein the stench of death metal lingers around their dense, dirty guitar sound. Production-wise, it’s raw as hell. They jerk back from this sound on two minute “Nihilist” and take off with more of a punk-fueled grindcore speed. The guitar solo on this song has a touch of Slayer’s manic thrash, whereas the groove to “Amongst the Filth” makes for a dense, heavy bulldozer of a song. The album’s strengths lie where songwriting is given number-one priority rather than running off of sheer aggression that turns into a loud wall of guitar. The 40-second grindcore blast of “Dead World Breathes” is almost a longer song title than it is an actual song.

The album gets even better when things take a darker turn. This occurs with the grim grind of “Cursed From the Womb,” where the overall sound Vallenfyre conjure is oppressive in the best way possible. It’s easily best song on the album, though it does leave one to wonder why a group of old pros haven’t been providing this kind of power the whole time. And by the time that question is raised, “Temple of Rats” follows, where once again they display their desire to thrash it out at the breakneck speeds the members’ other bands don’t always allow them to.

Vallenfyre are good at what they do, and Fear Those Who Fear Him proves at times they can even be great. Without a doubt, they are aggressive as hell. Where they miss the mark of an influence like Entombed is in not capturing the groove that Swedish outfit used to carve out in their heyday. Yet the aggression, intensity and thrash energy is enough to make this worth more than a few spins through the mosh cycle.