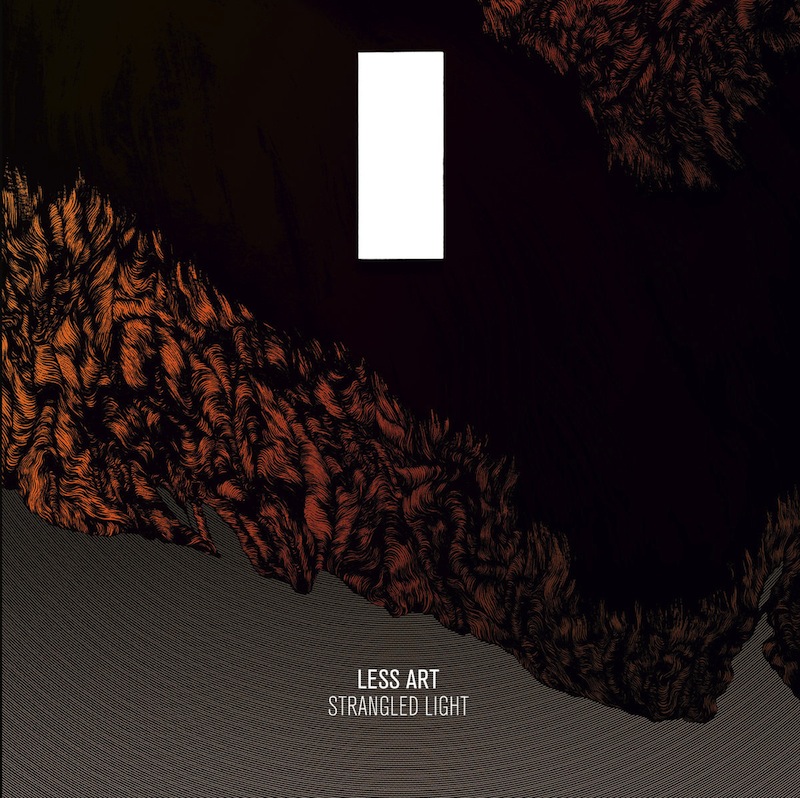 Less Art don’t offer their audience much time to brace for impact on first album Strangled Light. On leadoff track “Optimism As Survival,” vocalist Mike Minnick—formerly of metalcore outfit Curl Up and Die—offers an unfiltered view into personal anguish, detailing stories of friends and family lost to suicide before reassuring himself of his own defense mechanisms: “Everything passes, even doubt/ What I can’t control won’t keep me down/ I use optimism as survival.” It’s a clear-eyed statement of assurance in the face of depression, a stubborn confrontation against almost certain pain and loss. It’s dripping with hurt, but the band’s melodic, intense post-hardcore backing makes it feel like a declaration of war. Backed with the band’s patently thunderous take on post-hardcore, it’s four minutes that calls for a pretty significant period of recovery.

Strangled Light is a heavy album in every sense of the word. The product of a group of hardcore and metal vets—Minnick, Thrice’s Riley and Ed Breckenridge, and Kowloon Walled City’s Ian Miller and Jon Howell—the Gilead-released debut is an almost complete 180 from the baseball-themed joke-grindcore band Puig Destroyer, which featured four out of the five members of the band. A self-described “post-hardcore for post-youths” band, so their Bandcamp page says, Less Art have a keenly-honed sense of humor but often forgo it in favor of personal, political and social themes that cut deeper and allow every punchy punk and noise-rock riff and rhythm on the album to land with a greater impact.

There are times on Strangled Light in which Less Art can be almost unbearably brutal. “Pessimism As Denial,” which could be interpreted as a companion track to the similarly devastating “Optimism As Survival,” is a tensely wound, aggressively hopeless view of humanity. “We’ve done so many wrongs,” screeches Minnick, “The system doesn’t work/ The world is better without us.” The more slowly moving “Wandering Ghost” finds Minnick taking an inward look between riffs that ring with an almost ominous beauty. “I’m sick, I’m sick from addiction,” he screams, “and I’m afraid to love/ And I’ll never know how much I mean to anyone.” It’s not always easy to find the light here, however immaculately and abrasively the surrounding darkness is rendered.

When Less Art pushes down on the accelerator, as on the brief but badass “Crushed Out,” the result is the band at their most triumphant. Amid all of the frustrations and anguish, the group is at heart a vessel for catharsis, their explosive punk songs the kind of auditory prescription that can help to soothe emotional wounds. “What Is It In Man?” has a hauntingly melodic verse that recalls late-period Unwound, while its bridge rises up into an intense and ferocious close, its escalation both cleansing and highly satisfying. Yet Less Art also finds hope in some of the least expected places, as on “Diana the Huntress,” which references an infamous vigilante in Juarez, Mexico who has become something of a folk hero through pop culture. It’s one of the album’s most relentless songs, with a post-hardcore gallop that never lets up as Minnick captures her ethos: “You think we are weak, but we are strong… We can no longer ignore the acts that enrage us.” In a sense, Less Art are doing just as Minnick describes, though instead of killing abusers or criminals, they’re putting up their best defense against a reality that threatens to defeat us.

The mere fact that Less Art have such a thrilling, explosive take on a style of music that has been around for decades is reason enough for Strangled Light to earn its kudos. That part isn’t so surprising; these five musicians have been playing heavy, confrontational music for a long time. Yet the cathartic release and liberally applied rhythmic therapy make it feel transcendent in its best moments. This isn’t always an easy album, but it’s one that never stops being engaging, never stops offering something beyond mere entertainment. It punches the gut, maybe even leaves a bruise, but there’s no coming away from it without feeling something. 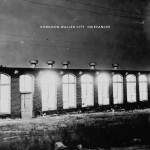 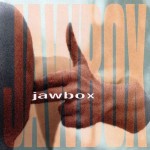