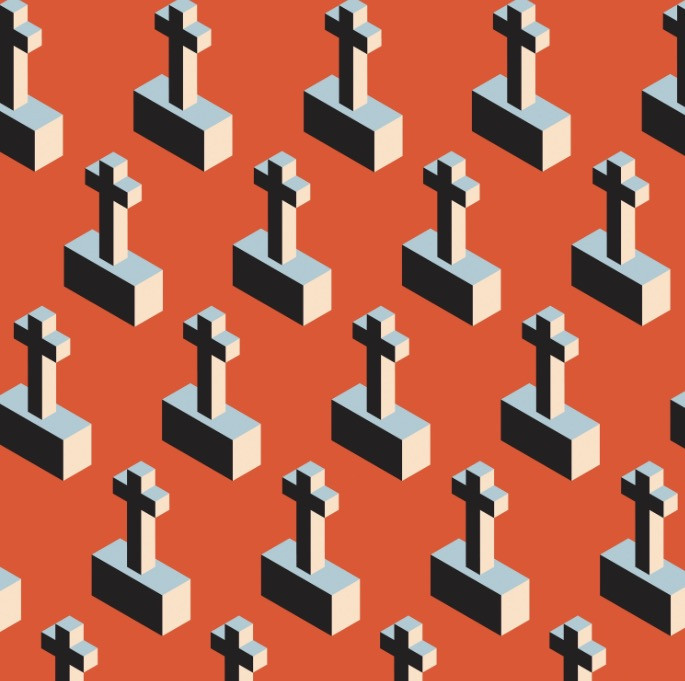 Toronto rockers Biblical are releasing their new album The City That Always Sleeps on September 15 via Tee Pee. And today, Treble is premiering a new track from the album, titled “Fugue State.” The track features a tense build-up that releases with an atmospheric, dreamy, almost shoegazey texture and a drum backing that nods to “When the Levee Breaks.” It’s a heady psychedelic number, with a great deal of emotional heft behind it. But best of all, there’s a guitar solo that truly rips (stick around for it!).

The band’s Nick Sewell said the following about the track: “We were determined to explore some new sounds for this record and “Fugue State” definitely falls into that category. More than any other song on the record, it really operates with a sense of open space. That gave us plenty of room to experiment, specifically with the vocals which turned out to have a sort of morbid ‘Pet Sounds’ vibe.

“Lyrically, the song is a classic rumination on existential dread — the type you might have in the middle of the night after walking from a bad dream. There’s a poem by John Updike called Perfection Wasted that I kept coming back to. It rides a fine line between dry, sardonic wit and tenderness. Definitely the qualities I was hoping to capture with ‘Fugue State’.”

Hear the track below, via the trippy visualizer.