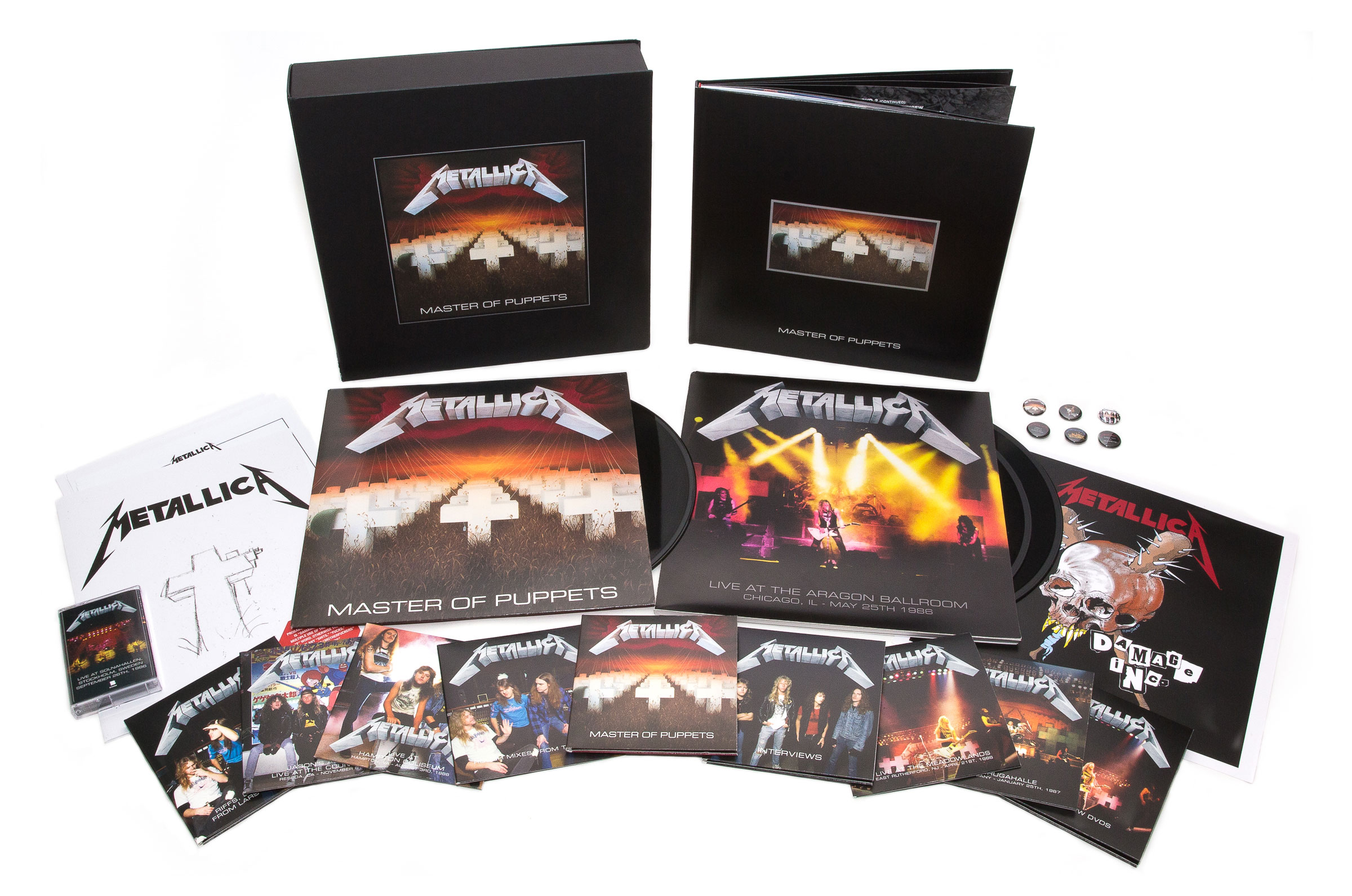 Metallica have just announced a series of reissues of their classic 1986 album, Master of Puppets. The album will be available in standard CD and vinyl editions, as well as a 3xCD version and a deluxe box set. The triple-CD features one disc of rough mixes, demos and an interview, as well as a third disc of  live recordings. The deluxe box set, however, features even more goodies, including the album on both CD and vinyl, a 2xLP live album, two CDs worth of interviews, a CD of rough mixes, two discs of vault outtakes, three discs of live recordings, two DVDs of live performances and interviews and a cassette. Plus it comes with handwritten lyrics, a lithograph by Pushead and six buttons. It’s a lot of material, and you can see the tracklist at their website and watch an unboxing video below.

Metallica’s Master of Puppets is one of our Top 100 Metal Albums of All Time.