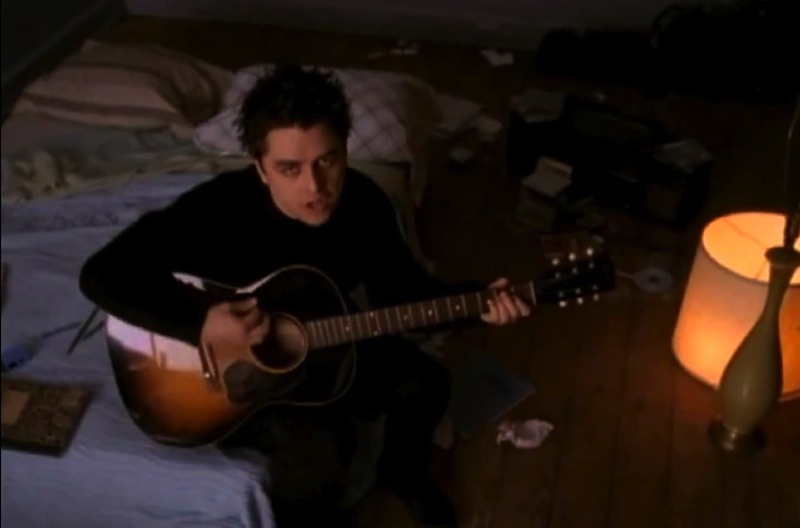 Sometime on Twitter last year, a couple friends of mine who may or may not still be on Twitter (and you can probably thank Trump for that), started up a conversation about the “most ’90s song ever.” It’s hard to know what that means, exactly, but these are Twitter games—it’s all gut reaction. I don’t remember what my answer was—I know, I know this is getting anticlimactic really quickly. I’m pretty sure it was Smashmouth or Alanis Morrisette or Counting Crows or Joan Osborne or Barenaked Ladies or…someone. (And when I asked my wife, she said “Genie in a Bottle” by Christina Aguilera, which is a pretty interesting gut reaction.) But my friend had a very specific answer that he had at the ready for just this discussion: “Closing Time” by Semisonic.

For some reason that answer didn’t quite sit right with me, but looking at the alternative chart for the week of April 4, 1998, the logic behind it all comes into focus perfectly, like when Detective Dave Kujan sees the clues in front of him and makes the shocking revelation that Verbal Kint is (maybe?) Keyser Soze (the most ’90s movie reference ever?). I still don’t necessarily think “Closing Time” is specifically the song that encapsulates the ’90s and all of its pop culture stereotypes, but during a week in which it enjoyed a comfortable number five spot on the charts, alternative rock and pop culture at large had converged into one giant David Schwimmer-shaped Frankenstein’s monster. Peak ’90s—as I like to think of it—took place in 1998.

What does that mean, exactly? That depends on what phenomena you most closely associate with the ’90s: Grunge, flannels and Doc Martens? JNCO jeans and raver pacifiers? Lilith Fair? Platypus Man? For me, it always comes back to the beige adult-contemporizing of alternative culture, which brings us to the number one song this week: Marcy Playground’s “Sex and Candy.” A song with “sex” in the title that not only wasn’t sexy, it’s comically boring, mumbled by a monotone white male with no charisma and barely any interest in actually singing the damn song. Is it a terrible song? No, not necessarily. It’s hard to render any judgment on it whatsoever—it could be buried deep inside a pocket in a pair of cargo pants at the bottom of the laundry pile and nobody would ever know. But it boringed its way to the top, which is sort of hard to imagine right now (alt-rock radio right now is way more abrasive, but we’ll take a while to get there).

Now, as for “Closing Time,” I actually like that song. I’m not saying it’s groundbreaking music here—it’s no OK Computer—but it’s a good, solid pop song by a band who released their share of excellent power pop records (and whose frontman Dan Wilson went on to write songs for Adele). But I get why it sounds so representative of the ’90s—it sounds like it belongs in an episode of Friends. (Though it was in a lot of movies and episodes of other shows.) And every song it’s surrounded by on this chart does as well. How about “The Way” by Fastball (no. 2)? I definitely heard this song at least 1,000 times in 1998, and the first few I didn’t mind, perhaps because the generally agreeable power pop song concealed a pretty dark backstory about an elderly couple from Texas who left on a road trip only to be found dead in a ravine two days later in Arkansas. Or how about “Torn” by Natalie Imbruglia (no. 13), a pleasant, catchy, perfectly anonymous song that forever lives on in music trivia quizzes because it’s, in fact, a cover song (the answer is Ednaswap, you’re welcome). It also lives on in karaoke, and when my friend Ryan signed up to sing it, the DJ asked “did you lose a bet?”

There is an obvious answer to most ’90s song ever, however, and it’s at no. 3: Green Day’s “Good Riddance (Time of Your Life)”. In fact, it basically means that the decade never really ended, even if it is technically 2017. The ’90s are still alive and well thanks to this ubiquitous ballad that went misunderstood for years. In fact, I’m still not sure it’s analyzed as closely as it should be. Maybe it has something to do with appearing in the finale of Seinfeld (which definitely gives it some ’90s points) or the misleadingly optimistic refrain, “I hope you have the time of your life,” but as a society we got this song painfully wrong. It’s like “Ironic,” in that sense, only we were the ones that goofed. God only knows how many graduations this was played at, but somehow we all missed that it was a breakup song, and a bitter one at that. It’s literally called “Good Riddance.” You’re basically telling that graduating class not to let the door hit them in the ass on the way out. Eh, but on second thought, gotta grow up sometime!

Alternative rock sure grew up—a little too much, perhaps. “Adult alternative” was around for a while, but the offerings in the late ’90s had grown remarkably tepid. Even the snarling, angsty, flannel-clad id of grunge had given birth to a much less tolerable wave of bands spearheaded by Creed, best known for frontman Scott Stapp’s Christ poses (and apparently a sex tape that also involves Kid Rock, which the two will apparently never speak of again, unless Kid Rock is required to produce a dildo as evidence). “My Own Prison,” the band’s first big hit, reached no. 10, while newcomers Days of the New hit no. 20 with “Touch, Peel and Stand.” Days of the New is perhaps most notable for briefly counting Alice In Chains’ Mike Starr as a member before his death in 2011, while Creed’s greatest contribution to the culture was being so irredeemably bad that it spawned an infamous Slate article coming to their defense. And thus we can thank Creed for the Hot Take.

Not everything in 1998 was terrible. Spacehog, having had a huge success with 1995’s “In the Meantime,” made a noble follow-up with “Mungo City” (no. 23), a grandiose glam-rock single from The Chinese Album, which was meant to be made into a film about a band finding success in Hong Kong after being rejected in the states. (Ironic spoiler: Their U.S. label said, “nah.”) Ben Folds Five’s “Brick” was a heartbreaking ballad that maybe didn’t show off the band’s humor or Joe Jackson-isms as well as, say, “The Battle of Who Could Care Less.” All the same, it was heartening to see this scrappy song about going to an abortion clinic bumming people out on a large scale, reaching no. 18 this week. The Verve hit their commercial peak with “Bitter Sweet Symphony,” one that landed them in some legal issues because of an uncleared sample from a symphonic version of a Rolling Stones song. At no. 7, though, it was well in the midst of a long stay on the charts that probably sufficiently took care of any of the band’s legal bills (before they broke up not long thereafter). And God Lives Underwater may have been an industrial-rock footnote, but “From Your Mouth” was a pretty fun song (no. 28) with a video featuring footage of a competitive eater played backward, so the food was actually being pulled from his mouth. Just imagine the brainstorming sessions for that one!

But, counterpoint, 1998 also gave us our share of Matchbox 20 (no. 27) and The Cherry Poppin’ Daddies (no. 24). Somehow swing was still running on fumes and suburban rock balladry was just getting started all over again. Almost everything that was annoying about the ’90s somehow appears on this list, from bowel-obstruction vocal techniques to superfluous use of the word “Daddies” to white-guy reggae-isms (311’s “Beautiful Disaster,” which barely warrants a mention). But don’t worry, this isn’t the bottom. There’s still plenty of nü-metal and Sugar Ray to wade through before there’s nothing left to scrape.