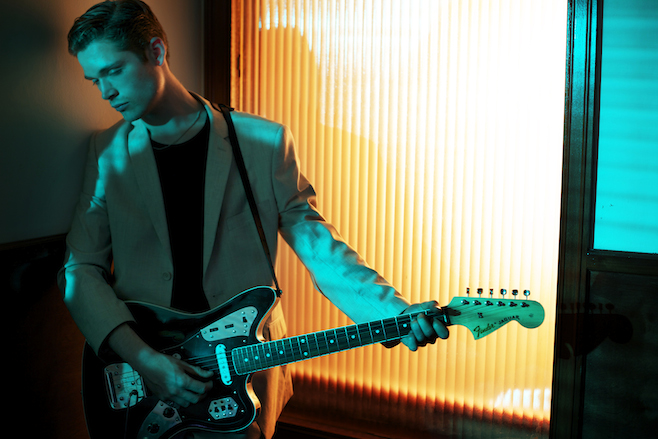 Iceage have emerged once again after a busy year in support of 2013’s You’re Nothing. The band has just released a new video for a song called “The Lord’s Favorite,” which is not on that album. In fact, they have another new album in the works, where this track will most likely appear.

The video clip is directed by Cali DeWitt, and features Elias Bender Rønnenfelt mugging like a rock star for the camera. It’s an interesting change from the eerie and nihilistic appearance he usually projects. You can watch it below.

The band has also lined up a new tour, on which they’ll be playing some of the new material they’ll be working on. So if you want a preview of the new Iceage album, this would be the way to hear it.