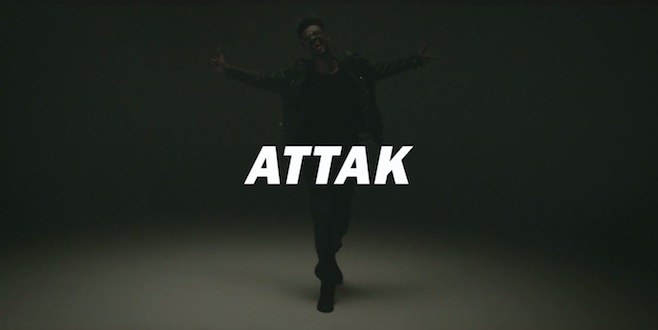 On Aug. 26, Scottish bass producer Rustie will release his new album, Green Language, via Warp. The first single from the album, “Attak,” features Detroit emcee Danny Brown, whose 2013 album Old is a Treble favorite. The track is a high-energy, frantic electronic assault, and the video is pretty much right in line with that. Directed by Peter Marsden, the clip for “Attak” focuses on Brown, who raps in a gray room while an increasingly fast scroll of subtitled lyrics (animated by Daniel Swan) rolls by in front of him. After a while it gets pretty hard to read, but it doesn’t matter. Just watch Brown and you’ll be transfixed. Check out the clip below.