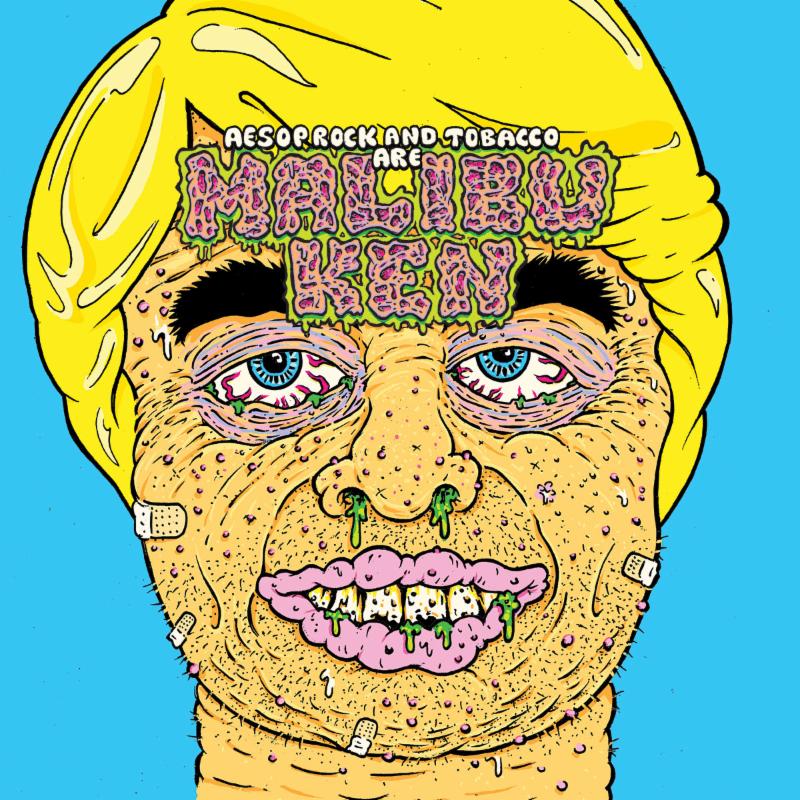 Aesop Rock has been involved with some unusual collaborations in the past, notably teaming up with Moldy Peaches’ Kimya Dawson as The Uncluded. And now the New York emcee is releasing a full-length collaboration with Tobacco of Black Moth Super Rainbow, titled Malibu Ken. The album is out January 18 via Rhymesayers, and the first single is “Acid King.” Watch the video below.

That’s the album’s artwork above, and the vinyl version of the album will feature a (gross looking, as you can see) pop-out mask that listeners can wear while they’re freaking out to the music. Take a look at the tracklist below.

“TOBACCO and I have thrown around the idea of doing a project together since we first toured over a decade ago,” Aesop Rock says in a press release. “I find his production to be something special, and always wanted to see what I could bring to it. We recently found time to record some songs, and Malibu Ken was born. I brought a few stories to the table, but also did my best to let the production dictate the subject matter throughout. We hope you like the soup.”