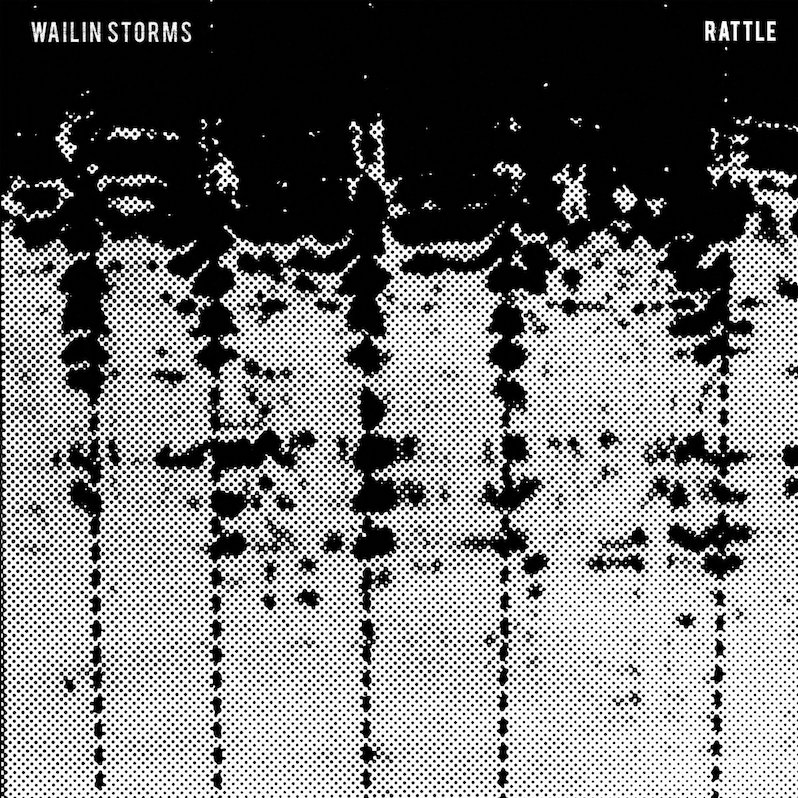 Listening to “Grass,” from Wailin Storms‘ Rattle, feels briefly like encountering a ghost. Vocalist Justin Storms sounds at once tormented and possessed, singing his haunted song of a man doomed to live out his misery over and over again: “Till they put us under grass, I’ll follow you with an empty heart/Till they turn us into ash, I’ll follow you with an empty heart.” His voice carries the gothic quiver of Woven Hand/16 Horsepower’s David Eugene Edwards, and Storms has said that Baptist hymns and Alan Lomax field recordings inspired his eerie chants. But the end result still feels like something beyond the corporeal realm.

Storms’ voice is a defining characteristic of Wailin Storms’ psychedelic, bluesy sludge-rock. The North Carolina band never operate at anything less than full throttle, and their abrasive scrape puts a distinctly Southern, supernatural spin on the kind of meaty, burly violence that Unsane and Oxbow have made their signature. So once the band gets moving on Rattle, Wailin Storms’ J. Robbins-recorded third album and first for Gilead Media, the walls start closing in, the horizon begins rotating, and the sledgehammer begins to come crashing through.

Rattle is a refinement and purification of sorts of the gothic noise rock sound that began on the band’s 2015 debut, One Foot on the Flesh Grave. Their compositions are tighter, their aesthetics are more refined (each song has a one word title, for instance), and its eight tracks all carry a bluesy groove that never gets lost in spite of the relentless pursuit of impact and agony. The title track feels utterly massive, but moves at a lurch rather than a sprint, the menace always palpable, always present, even when Wailin Storms take a mid-song moment to let the space and feedback linger. At times the band evokes the heaviest end of grunge, such as Melvins or Alice in Chains, when creeping their way through a beastly anthem like “Wish,” though these songs feel too terrifying, too bleak to ever fit in alongside anything from Singles. Sewing together a blend of Old Testament wails and burly noise rock could come across as gimmicky, even corny under the wrong circumstances, but Wailin Storms never give anything less than a convincingly possessed performance.

All of this being said, there’s a great deal of melody on Rattle, and a momentum that’s undeniably infectious. Standout “Teeth” has a driving pulse that feels as much like an ominous permutation of shoegaze as it does metal or noise rock, and the stoner-goth of “Sun” punches like Queens of the Stone Age at full power. All the while, Storms delivering his venomous sermons, turning these furious anthems slightly more antagonistic. It’s easy to get caught up in the riffs and the rumble, but at the front of each of these songs is a soothsayer with a mouth of brimstone. Wailin Storms have the chops and aesthetic to take over as house band at the Gates of Hell, and they’re putting on a hell of a show.

After all, it’s hard not to reach the conclusion that those gates are wide open, and the lock’s broken off. Coronavirus, murder hornets, an economic meltdown—intentional or not, Wailin Storms arrived at exactly the right time to be delivering chilling noise-blues dirges of doom. Though this was recorded prior to any pandemic predictions, the doom and pessimism is precisely the point. Storms said that the album is “about feeling hopeless in a world that is very broken to me,” and by the time the gale-force psychedelia of “Crow” and the jagged Delta sludge of “End” run their course, listening to Rattle feels a bit like having participated in an octathlon of Biblical plagues. It’s a necessary exorcism, a cathartic shout of hopelessness intended to give some power back, no matter how exhausting it feels. 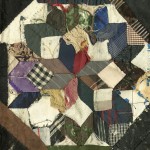 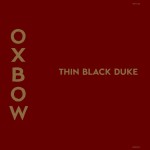