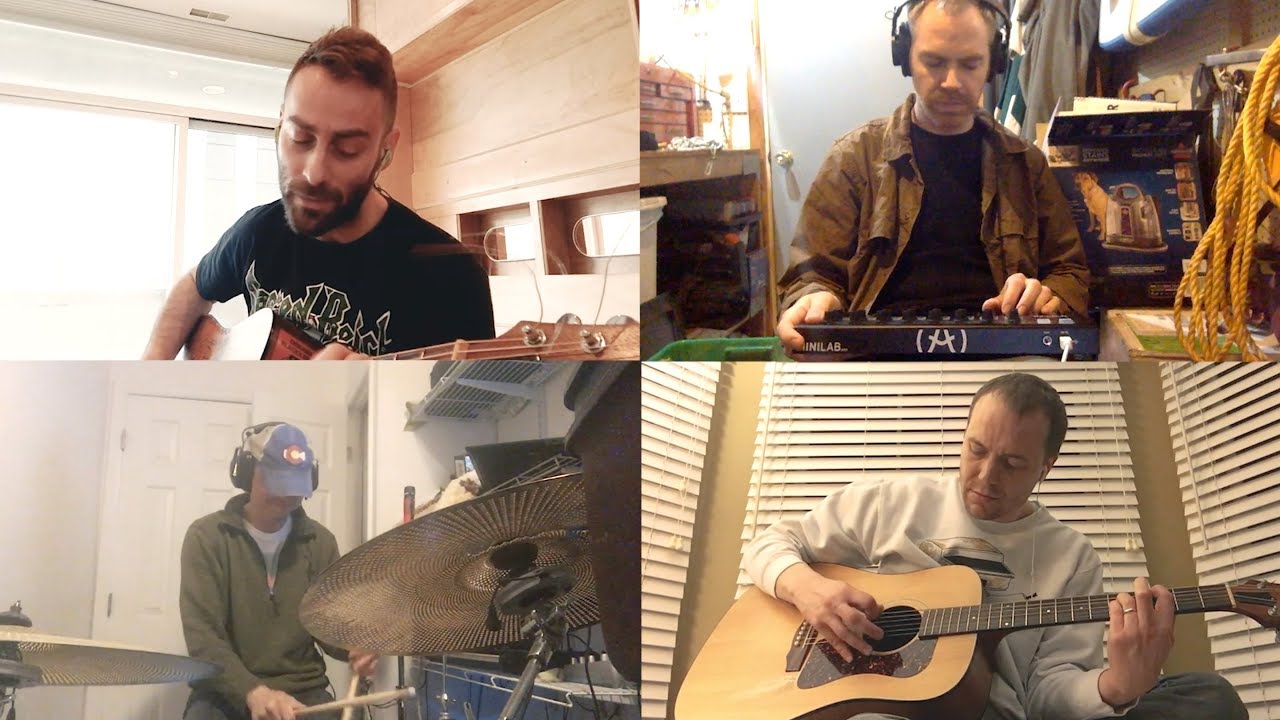 Musicians are finding creative ways to share their art during a time when they can’t actually perform in front of people due to the safety hazards of a rapidly spreading coronavirus. But emo heroes American Football have been plenty active during this period of mandatory insularity. And it’s only appropriate, really, for a band whose album covers depict a picture of a house, not to mention a song called “Stay Home.” Well, after headlining the Nether Meant festival on Minecraft, American Football are back with more remote live-streaming. The band recorded a socially distant recorded-in-their-homes version of “Stay Home,” which you can check out below.

The band says in a statement, “A lot of people (us included) have a natural tendency to stay home. And now, strangely, that’s the responsible way to be. We hope at the very least that our homemade and tech-lite video will serve as a distraction from anxiety-inducing news coverage and stress about the future. And at best, maybe it will remind you that your antisocial tendencies are justified. You’ve been making the right decision all along: stay home.”