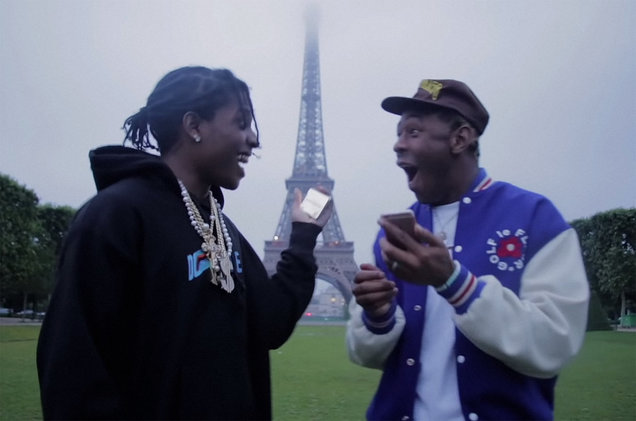 A$AP Rocky and Tyler the Creator are a natural pairing. Both stand as godheads of influential rap crews, both nurture deep and abiding interests in the fashion world, and both speak directly to their own certain kind of art-school kid. They just make sense together. And on their new single “Potato Salad,” over the twinkling, nostalgic beat for Monica’s “Knock Knock” (produced by, uh, Donda West’s son), they have an easy, fluid chemistry, trading goofy punchlines and name-dropping designers because they’ve got the money to do it. Tyler’s trying to “cop houses / and fill ‘em with some Leo DiCaps and Cole Sprouses”; Rocky’s purse isn’t a purse—“it’s a satchel,” and he tells you twice so you won’t forget.” Thank God that someone’s having fun with this rap shit right now.