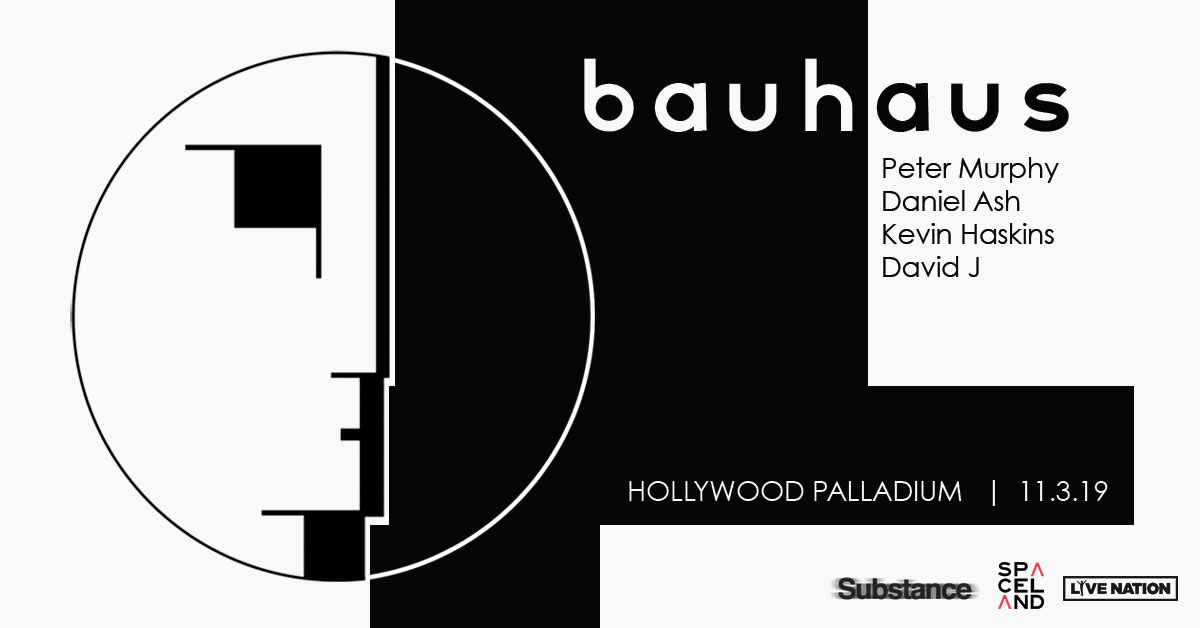 Bauhaus are reuniting. The legendary UK goth-rock group has announced a show at the Hollywood Palladium on November 3, featuring the original lineup of Peter Murphy, Daniel Ash, David J and Kevin Haskins. So far, this is the only show that the group has lined up so far, though there very well could be more shows on the horizon. The group originally broke up in 1983 then first reunited in the ’90s for a 20th anniversary tour, and then again in 2005, which included a date at Coachella and then afterward, a tour with Nine Inch Nails. Then they split up again in 2008 just before the release of their last album, Go Away White. Tickets go on sale on Friday.

At the beginning of the year, Murphy and David J toured for the anniversary of the band’s debut album, In the Flat Field, but this summer Murphy had a health setback when he suffered a heart attack. He is on the way to making a full recovery, however, and the dates canceled as a result of that will be rescheduled.

Bauhaus’ Mask and In the Flat Field are featured on our list of the Top 100 Post-Punk Albums.