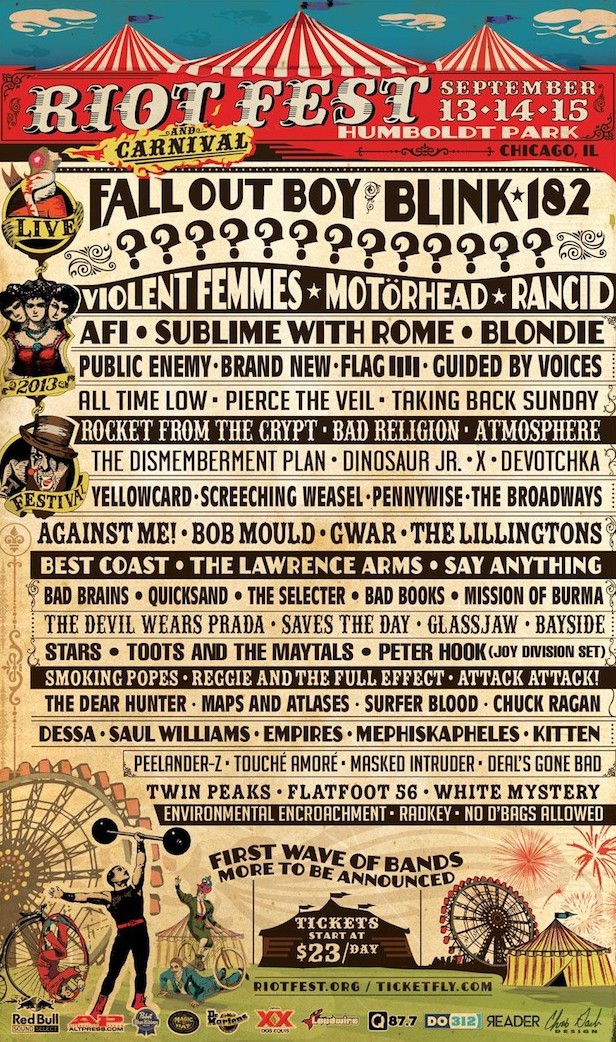 On Sept. 13-15, in Humboldt Park in Chicago, a huge list of bands will perform at Riot Fest, a punk-heavy festival that’s being headlined by Blink 182 and Fall Out Boy, so… whatever about that. BUT! The rest of the lineup is pretty amazing.