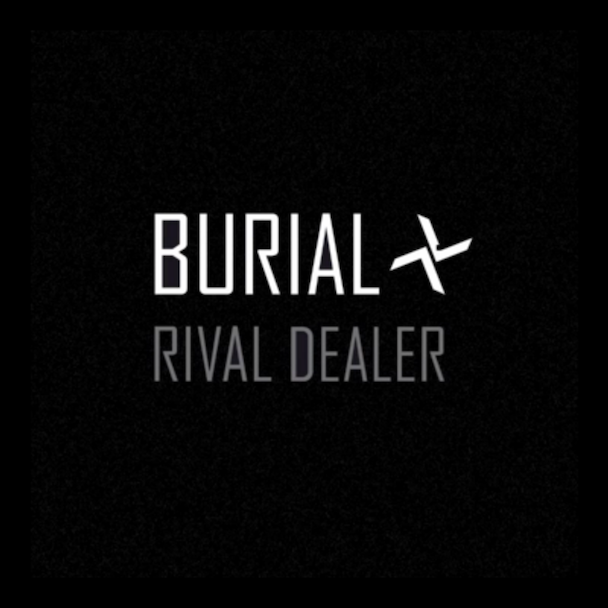 Burial’s second, and so far, last album, Untrue, came out more than six years ago. If full-length albums were electronic music’s dominant format, this might be more significant than it seems. In the past year, both Daft Punk and Boards of Canada released their first full albums in more than eight years, and for at least a solid month each, this was all anyone was talking about. Were Burial to do likewise, it’d be just as safe to expect an onslaught of think-piece logorrhea from critical elites and such. But where each of those artists played their reclusiveness or anonymity for well-orchestrated publicity stunts, UK-based William Bevan opts instead to quietly keep producing and creating outside of any regular press cycle. Quietly, but steadily, he’s issued a steady stream of EPs — some of which are arguably long enough to be mini-albums — each one a snapshot of an ongoing evolution away from the so-chilly-you-can-see-your-breath dubstep of Untrue, toward some evolving and ever-fascinating permutation of bass music.

The new Burial Rival Dealer EP arrives almost exactly one year after last year’s Truant/Rough Sleeper, and taken together, the two releases could essentially form one epic full-length. But just as Untrue comprised an entire universe unto itself, so, too, do these releases feel self-contained and conceptually whole. Rival Dealer, in particular, seems to revolve around a particular narrative outside of atmosphere or sound itself. In a rare press interaction via text message with BBC Radio 6, Bevan explains, “I wanted the tunes to be anti-bullying tunes that could maybe help someone to believe in themselves, to not be afraid, and to not give up, and to know that someone out there cares and is looking out for them. So it’s like an angel’s spell to protect them against the unkind people, the dark times, and the self-doubts.” And throughout the EP’s three tracks, there are messages like “This is who I am,” “You are not alone” and “Who are you? Why don’t you come to me.” Were Bevan evasive before, here he provides a glimpse of where his heart is, if not necessarily who he is on a personal level.

The most striking example of just much of an evolution Burial has undergone can be heard on the massive, 13-minute closing track “Come Down to Us.” It twinkles and beams with bright, major-key synths and an almost gospel-like sense of uplift and hope. It’s not reflective of the cold landscapes that once coursed through Burial’s music, but the thaw after sunrise. His music has never sounded so warm, so vibrant. It’s always had life and momentum, of course, but with more distance. This feels less reclusive, more likely to give you a hug.

Not that Bevan has totally abandoned the elements that make his music quintessentially Burial; they’re merely portioned out in smaller doses. The distorted vocals that open the title track could have been sampled right off of Untrue, but the breakbeat buzz that erupts thereafter feels more like late-‘90s Big Beat a la Moby or The Prodigy, through a grittier, dystopian filter. It’s surprisingly fun, though no less stunning to absorb with headphones on. The relatively brief, four-minute “Hiders” feels more like a transitional piece between the two, though its atmospheric, major-key sound is cleansing and powerful, setting the listener up for the epic finale.

As Burial continues to issue these lengthy, fully realized EPs, as he has for the past three years, the question of whether or not he has another good album in him ceases to be relevant. He could conceivably have dozens — he’s simply breaking them up into self-contained pieces that end up more powerful in compact form. And yet, they feel huge. Rival Dealer is the one that feels the biggest so far, not just for its length, but for where it goes. It’s gorgeous, of course, but for once Bevan is letting us into his world — giving us a brief glimpse of who he is, or at least what he’d like us to see.