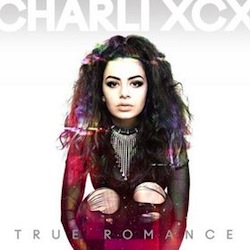 Ever since a confluence of failures in financial regulation, debt bubbles and complex yet inexplicably legal banking practices created an economic implosion in 2007, millennials have had a pretty rough go of it. Unemployment among recent college grads hovered around around 20 percent in the U.S. and UK, while climbing significantly higher elsewhere, even as high as 40 percent in Spain. Understandably, this precarious situation, coupled with low starting salaries, led many twenty-somethings to continue living with their parents. If that weren’t bad enough, numerous columnists seized on the opportunity to use the millennial generation as a punching bag, most notably on the New York Times’ opco and lifestyle pages, which suggested that the under-30 crowd has essentially killed off the ritual of courtship, and were dubbed by Todd and Victoria Buchholz as “Generation Why Bother.” Ouch.

Absurd as this “Get Off My Lawn”-ism is on its own, it’s even harder to square with an artist like the UK’s Charli XCX. Charli, born Charlotte Aitchison, wrote and recorded her first album at the age of 14 — titled 14 — which was never officially released and comprised, in Charli’s words, “fucking terrible MySpace music.” Yet, not long afterward, Aitchison guested on tracks by Starkey and Alex Metric, and before her 19th birthday, unleashed her first absolute knockout of a single, “Stay Away.” On the other side of 19, an even better track, the sublimely gothic “Nuclear Seasons,” followed, with “You’re the One” not far behind. A handful of other tracks arrived in 2012, as well as a mixtape, not to mention a writing and singing credit on IconaPop’s “I Love It,” which hit number 16 on the Billboard singles chart. In just a little over a year, Charli went from relative unknown to one of the architects behind a global feel-good hit. Not bad for a kid.

Even before Charli XCX had a debut full-length album, she seemed like an overachiever. Now that said debut — True Romance — is actually here, she seems like even more of an overachiever. At first glance, it’s pretty heavily loaded with singles — “Nuclear Seasons,” “Stay Away,” “You (Ha Ha Ha)”, “You’re the One” and “What I Like,” all of which preceded the album, appear here. And why shouldn’t they? Each one is a pristine pop gem, expressions of joy and melody counterbalanced with melancholy. “Nuclear Seasons,” here presented with an extended intro, is still an insurmountable peak, its undeniable bass throb and ethereal keyboards underscoring Charli’s overarching message of enduring the good with the bad (“We survived nuclear seasons”). But some of the newer tracks hold their own against Charli’s handful of now-classics. “Black Roses,” for one, has all the anthemic swell of a contemporary hit, with none of the predictability. And the wonderfully dense, closing new-wave heart-on-sleeve anthem “Lock You Up” is one of the best teen love songs never to end up in a John Hughes film.

As the title of True Romance suggests, the romance on the album isn’t always perfect, but in spite of the massive production surrounding it, it always feels real. The Gold Panda-sampling “You (Ha Ha Ha),” the rare showcase for Charli’s sing-rap, presents a conflict between two contrasting personalities (“You were old school, and I was on the new shit”). She builds a fortress around her heart on “Stay Away” (“Now that you are gone, why don’t you stay away”), but on “Lock You Up,” she still leaves room for another (“I wanted you from the start/ What do I do to lock you up inside my heart?”). On True Romance, Charli XCX is a woman sometimes frustrated or scorned but still willing to take an emotional risk, which speaks to the more hopeful flipside of romance as well. Charli XCX, at 20 years old, single-handedly carrying a flame for courtship — I’d like to see the Times’ editorial response to that.

Katy B – On a Mission