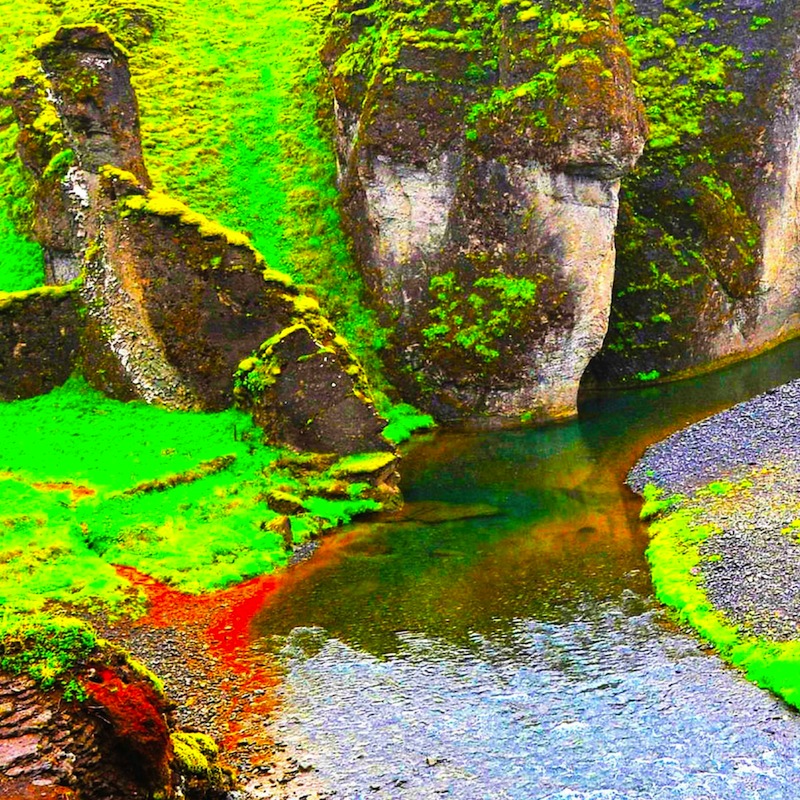 Clams Casino, AKA New Jersey based producer Mike Volpe, creates the kind of enveloping beats that can really sell a song. Case in point, earlier this year Clams stuck Instrumental Mixtape up on the web as a free download, essentially illustrating just how pervasive his beats truly are. As evidenced by the release’s title, Mixtape featured several beats Clams produced for various rap artists. The tracks are so intricately woven and opaque that they are more than sturdy enough to stand on their own merely as instrumentals. In fact, quite frankly, most of the tracks work better as shadowy, atmospheric instrumental pieces than merely background beats. Clams has since officially made the decision to record instrumentals meant to be songs in their own right which, given the quality of Mixtape, seems like a step in the right direction. Rainforest, a solid five song EP, is Clams’ first offering of such instrumentals.

Each of the five tracks presented here mines similar territory and it’s a terrain not too far off of what Clams has been specializing in. Here, the details have been fleshed out with incredible prowess. Clams Casino is no stranger to the art of applying delay, and each of the tracks here is layered in dreamlike echoes. The reverberating hi-hats on “Natural” seem to slowly dissolve into the ether and the static noises used rhythmically here are padded to the point that they feel transmitted from another world. The manipulated vocals strewn about are always either wordless or simply rendered indecipherable, but still retain a discernable ache. “Treetop,” which is certainly the most stripped down track here, exudes a nocturnal ambience. It’s carried by little more than a filtered synth and spare beat and provides a beautiful segue into the heavy “Waterfalls.”

“Waterfalls” is truly a standout on Rainforest. There are deep feelings emanating from the wordless melodies; as they soar upward they could easily be likened to a detuned Sigur Rós sample. Another clear standout, closer “Gorilla” displays several of these same strengths. The song’s cinematic approach gives it the feeling that it’s moving in slow motion. Once again Clams shows off his ability to balance clarity and haze allowing the dry hand claps to provide a counterpoint to the echoing cymbal crashes. The miasmic fog he conjures doesn’t always provide an easy entry point for casual listening, but the loops he spins are consistently engaging.

Clams Casino clearly has a knack for creating the kind of textures and atmosphere that feel like they are a part of some distant universe. He has been excelling at it for quite some time now. And although Instrumental Mixtape can certainly hold its own in terms of quality from track to track, Rainforest has a much clearer sense of purpose and as a result is a much more cohesive effort. At just over 18 minutes, the EP is a concise and focused look into what could potentially be an exciting new era for Clams Casino. It certainly seems like an indication of great things to come.