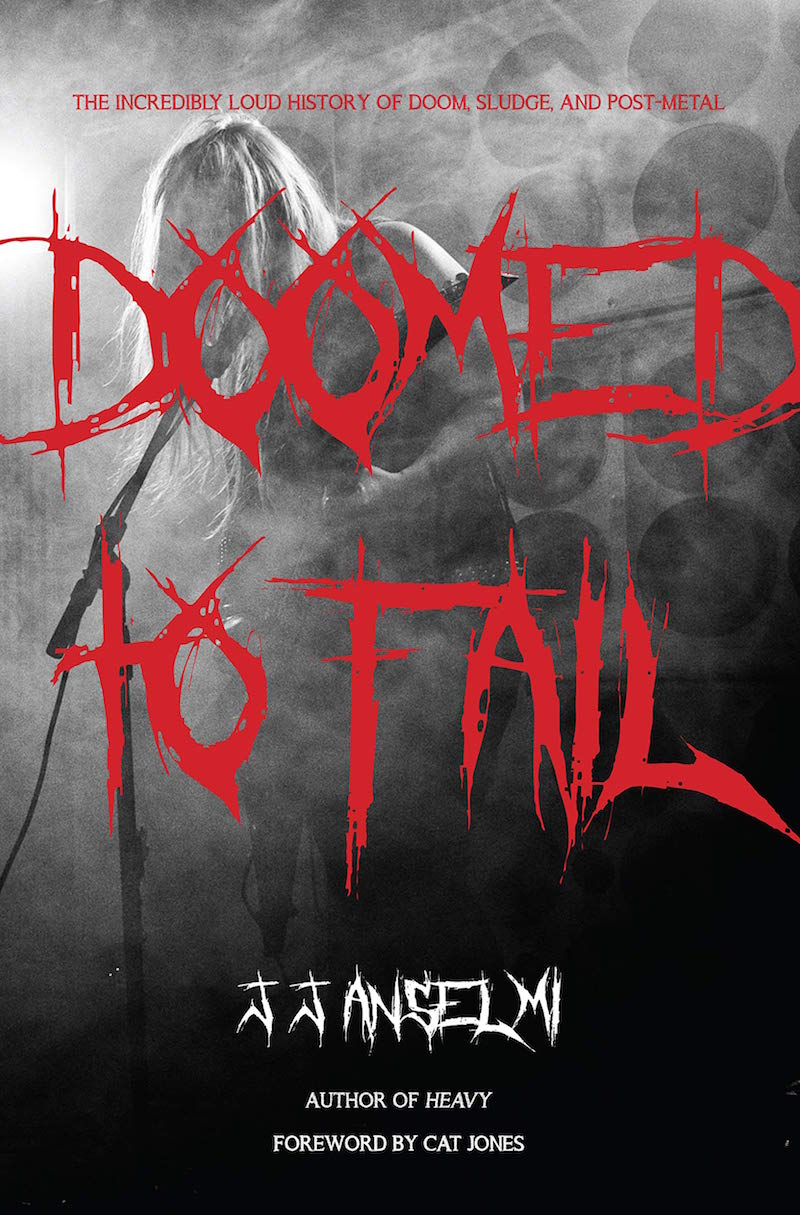 Literary corners of heavy metal have done a solid job in documenting an array of heavy knowledge. Whereas a title like Louder Than Hell examines the genre’s history, books such as Lords of Chaos and Choosing Death serve to explore major subgenres (while recognizing bands large and small). We’ve seen our fair share of books that take to analyzing black and classic heavy metal, with touches of thrash and grindcore acts; but thanks to J.J. Anselmi, though, three other subgenres are finally receiving their attention in the literary spotlight.

Author of Heavy: A Memoir Of Wyoming, BMX, Drugs, and Heavy Fucking Music, Anselmi presents metalheads with his latest book, Doomed To Fail. Having been published in Noisey, the A.V. Club, and Salon, Anselmi is a hardcore fan of doom, sludge, and post-metal. Starting with the legendary Black Sabbath, he explores these three subgenres to fascinating degree. It doesn’t take long for one to recognize one of the book’s most appealing qualities, namely that of Anselmi’s duality of academic and fan. For as much academic writing as Anselmi provides, there is so much personality that can be felt here. Doomed To Fail pulls off the success of teaching its reader new things, all while feeling like they are part of an engaging, casual conversation.

Anselmi provies a remarkable depth in discussing the history of each of the bands in Doomed to Fail. But when it comes to that history, Anselmi makes it a point to discuss regional and societal matters relative to a band; much like black metal, sludge and doom are reflective of their surroundings. An example of this is when Anselmi speaks to the economic depression of Birmingham, England and how that translated into the doom-laden riffs of Black Sabbath. Another example is how the economic struggles and violence of New Orleans impacted the lyrics and slow, thick drawl of Eyehategod’s music.

The book provides fair and equal time in amount of attention it provides to each subgenre. The first portion focuses on doom, whereas the second pertains primarily to sludge, with the third leaning into post-metal bands like Neurosis, The Body and Godflesh. From Candlemass to Crowbar, to Bell Witch and Primitive Man, Anselmi does a tremendous job covering bands both old and new. And that includes the emotional quality inherent to the bands therein. Speaking to his own experiences, while also including numerous quotes from artists, Anselmi masterfully conveys the gloomy, distortion-fueled misery that music like this arises from (and is capable of stirring within listeners).

Doomed To Fail is not only a solid entry in the canon of books about metal, but also a necessary addition. While Black Sabbath have certainly been written about in extensive length, it is satisfying to see so much attention focused on bands whose reputations aren’t so widely known. Whereas other subgenres of metal have had their literary moment in the sun, figuratively speaking, Anselmi delivers a unique reading experience that sheds light on corners of heavy music that haven’t been as widely explored.

For those of us who adore the sounds of doom and sludge, who understand the passion that comes from droning distortion and thick, syrupy riffs, J.J. Anselmi’s Doomed To Fail is our ideal read.