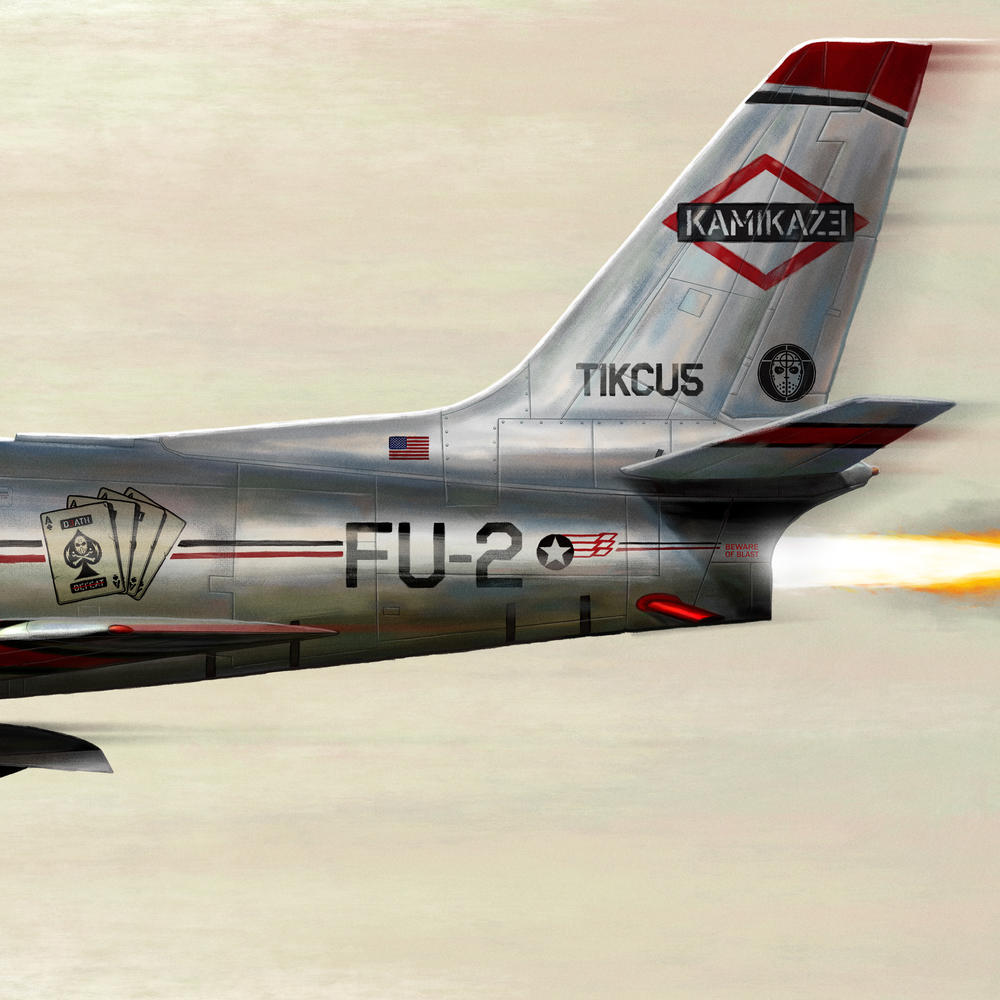 Eminem has just released a surprise, unannounced album titled Kamikaze. The album was produced by Dr. Dre and Eminem, and features guest appearances from Royce da 5’9″, Jessie Reyez and Joyner Lucas, and Bon Iver’s Justin Vernon is also featured on “Fall.” The album likewise features the track “Venom,” from the upcoming Marvel Universe film. That’s the album’s artwork above, which is a nod to the Beastie Boys’ debut album, Licensed to Ill. Take a look at the tracklist below.

Read our recent essay, The cynical rebranding of Eminem.