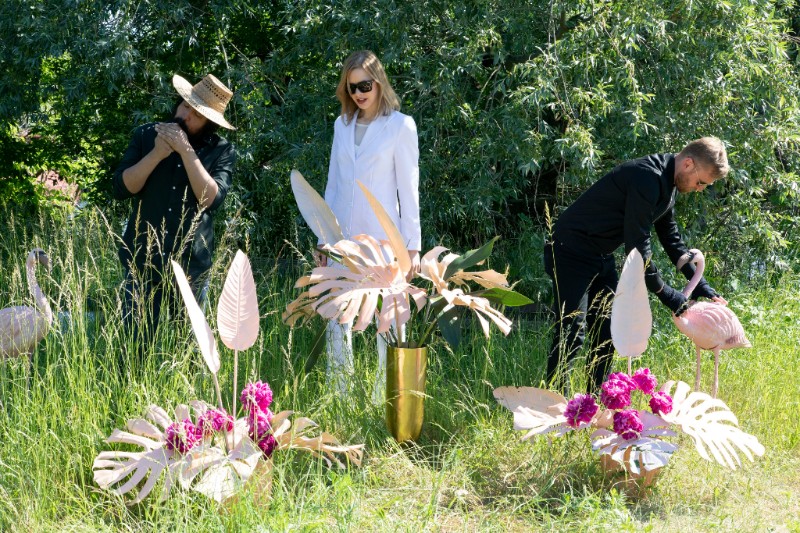 Exploded View‘s remarkable debut album came out of a highly improvisational and boundlessly creative recording process that yielded some of the most inspired art-punk material in recent years, its 11 tracks finding a twisted groove in the negative space between early industrial synth music and The Velvet Underground at their most hallucinogenic. The Mexico City-based band—fronted by British-born Berlin-based vocalist Annika Henderson—left those techniques behind when creating its follow-up Obey, and in its place is a similarly hypnotic but more melodic sound as showcased in their breathtaking new single, “Sleepers.”

An eerily gorgeous expansion of the template laid out on their debut, “Sleepers” is gorgeous in the same way that The United States of America or vintage Broadcast is, Henderson’s mellifluous vocals providing a stoic but serene counterpoint against the sinister buzz of the machines behind her. It’s a haunting struggle between an ethereal core and the increasingly more menacing din that surrounds it, but it feels structured in a way that some of the band’s earlier dancefloor freakouts didn’t. This may well be some of the darkest material that Exploded View has released yet, but at no point do they ever lose control.

From Obey, out September 28 via Sacred Bones.