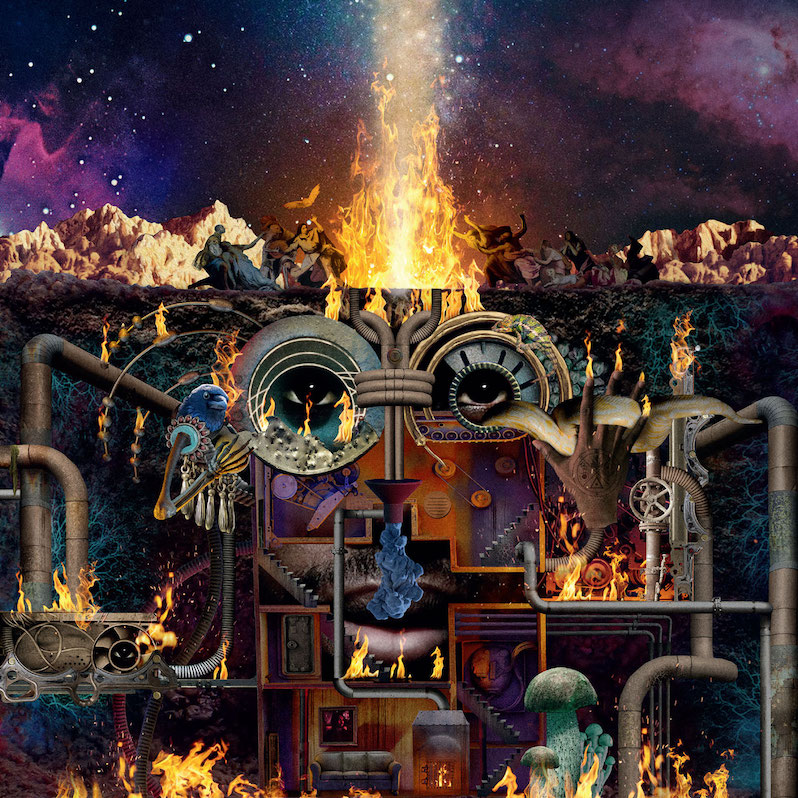 “I’d been working on stuff for the past five years, but it was always all over the place. I’d always had this thematic idea in mind…a lingering concept about fire, an eternal flame sitting on a hill,” Flying Lotus says in a press release. “Some people love it, some people hate it. Some people would go on dates there and some people would burn love letters in the fire.”