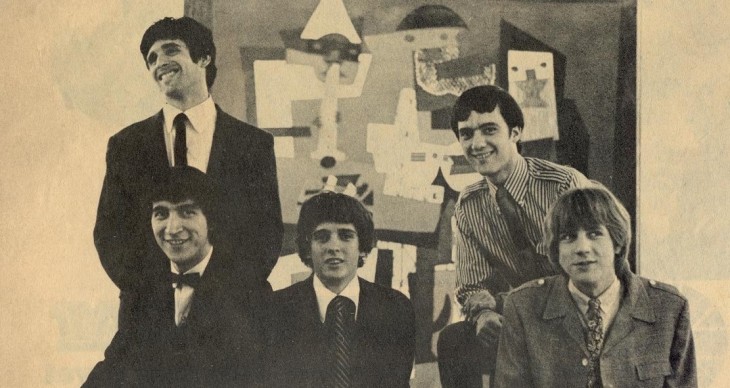 Possibly more than any other decade, the 1960s was riddled with a myriad of one- or two-hit artists. While many of these fleeting brushes with success were appropriate (John Fred & His Playboy Band comes to mind), some were unfairly relegated to the footnotes of pop-music history. One such group was the Beau Brummels.

Shooting to the top of the charts during the British Invasion boom wasn’t an easy task for an American band. So, they simply co-opted the Mersey-Beat sound, and to great initial success. Their sole big hits “Laugh, Laugh” and “Just a Little,” off their debut album Introducing the Beau Brummels, utilized arrangements and instrumentation very similar to those employed by the Beatles on A Hard Day’s Night: acoustic guitars, minor key melodies, harmonica and tales of love and loss. Without even realizing it, both groups laid the ground for a growing folk-rock subgenre.

However, unlike the Fab Four, the Beau Brummels quickly fell off the charts and never returned in any significant fashion. For the rest of their tenure, the group was essentially a revolving door of musicians built around the core of guitarist/songwriter Ron Elliott and singer/songwriter Sal Valentino. But the curious thing about the band (or duo) is that they continued to put out material of a consistently high quality, experimenting with style and genre very similar to other more famous bands of the time, though, sadly, to an indifferent public.

In some ways, the Beau Brummels were the Brian to the Byrds and the Beatles’ Jesus. 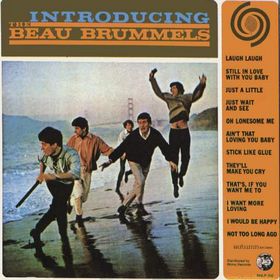 Unusual for its time for being almost entirely composed of original music, the group’s debut was also their most successful. With the two aforementioned hits, the album rose to Number 24 on the charts. And even the covers show the some character for the group, exploring American music outside of the folk scene or Motown: Jimmy Reed’s “Ain’t That Loving You” and Don Gibson’s “Oh, Lonesome Me,” the latter with a well-known cover by Neil Young. The original songs are catchy, with lyrics often deeper than the typical pop fare, much like Gene Clark’s songs with the Byrds. 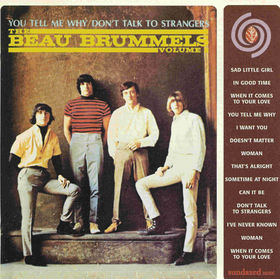 Tacking more to the acoustic and lovelorn side of pop, this album was released only a mere four months after their first. Resulting in no significant hits, it does contain a completely original set of songs, and some terrific tracks, namely the wonderfully moody single “Tell Me Why” and the somber “Sad Little Girl,” with its circular, Roger McGuinn-influenced guitar line. The music as a whole is on par with what McGuinn and the Byrds were doing at the time, except without using Bob Dylan as a crutch. 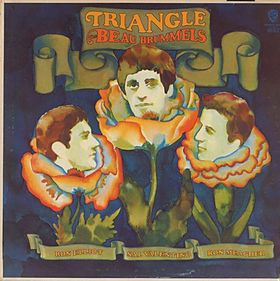 Released during the summer of love to an audience focusing on Sgt. Pepper, the album expands dramatically in style and arrangement, incorporating sounds from other cultures and psychedelia to create a vaguely conceptual whole. The liner-notes go to great lengths explaining the concept and how the songs fit together, but in all it sounds more like a dreamlike set of music that flows from one track to the next. In a way the album itself is a transition from the earlier folk-rock, Merseybeat incarnation of the group to the later country-rock version, starting with the acoustic “Are You Happy?” and little by little making its way through a acid-laced folk in the middle to the country sarcasm of Randy Newman’s “Old Kentucky Home.” There’s not a weak track on the entire platter, and one in particular, “Magic Hollow,” is special in its craft, atmosphere and the harpsichord licks from Van Dyke Parks. 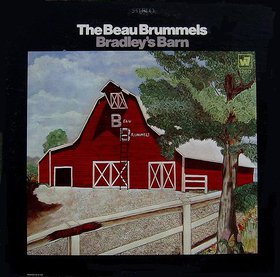 Trailing the birth of country-rock by mere weeks, this album is much more Opry-flavored than the Bakersfield sound of Byrds’ Sweetheart of the Rodeo or Gram Parsons’ other output. Using a set of pro musicians from Nashville, Elliott and Valentino create a gentle and warm record. Songs like “Loneliest Man in Town” and “Deep Water” don’t carry the same weight of their previous offerings, nor do they seem to aim for it. It’s simply an inviting acoustic environment for your ears to relax to, with enough interest involved to be somewhat of a younger brother to Dylan’s Nashville Skyline. 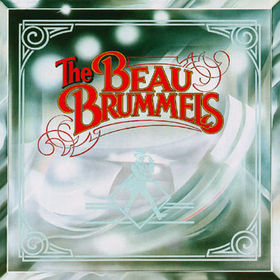 The duo disbanded in 1968 after the lack of success garnered by Bradley’s Barn and they worked on side projects, namely Valentino’s band Stoneground and Elliott’s sessions songwriting and guitar work for performers as wide ranging as Van Dyke Parks, Randy Newman, Little Feat and the Everly Brothers. Then, in 1974, it was announced in Billboard magazine that the original group had reformed, and they embarked on a tour. This resulted in their final studio album. Slickly produced and using the same country-rock template from their previous release, the album fits nicely alongside records by Gordon Lightfoot, Poco, and post-Roy Estrada Little Feat. The band had aged and become journeymen musicians, and much of the youthful energy of their first album had become a comfort with the material and with each other. Much like its immediate predecessor, the record is very warm and mellow, and songs like to “Down to the Bottom” and “Today by Day” show that Elliott and Valentino still had the ability to craft quality material.

If one asked where to begin with this group, it’d cause a bit of hemming and hawing. The group indulged in so many different styles and mixed so many genres, sometimes within a single song, that pinpointing a starting position is dependent on the listener’s taste. Personally, I found taking the journey of the group from beginning to end to be the most rewarding option; hearing the growth of the lyrical and instrumental craft, the flexibility of a group grasping for creativity in the midst of being torn asunder, and finally the sound of acceptance of what they know best. In short, “begin at the beginning and go on till you come to the end: then stop.”