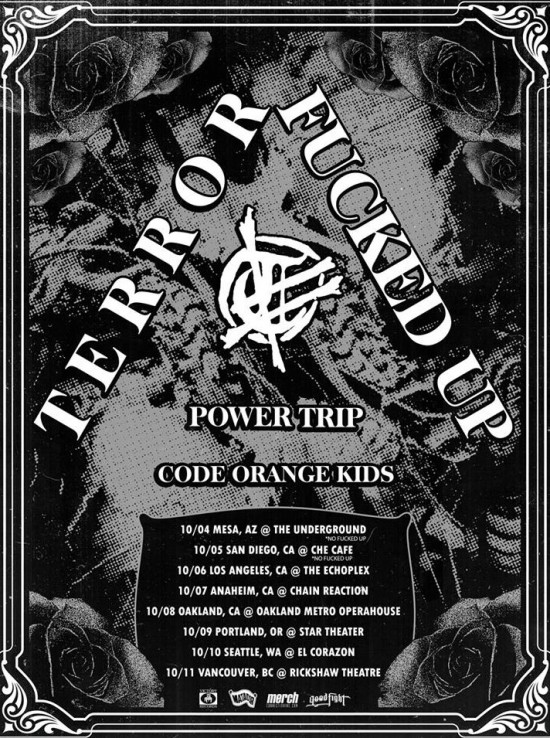 There’s a big, badass hardcore/metal tour rolling through your town this fall, and it’s going to destroy. Fucked Up — who apparently never broke up despite suggesting they would after the release of David Comes to Life — is co-headlining a tour with old-school hXc wreckers Terror. Also on the bill are Code Orange Kids and Texas thrashers Power Trip, whose new album Manifest Decimation is a Treble favorite. Check out the full itinerary below.