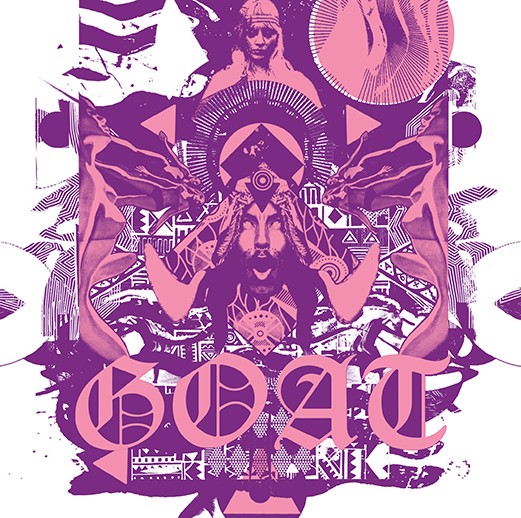 Swedish psychedelic rock collective covertly but loudly caught the attention of critics and fans of all things loud and weird last year with their amazing album World Music. And in June, the band is preparing to release a brand new 7-inch single, “Stonegoat” b/w “Dreambuilding.” The single, which will be pressed onto purple vinyl, will be released via Rocket Recordings in the UK on June 3, and Sub Pop in the United States one day later.

That’s the cover art above. Check out the band’s upcoming U.S. tour dates below.