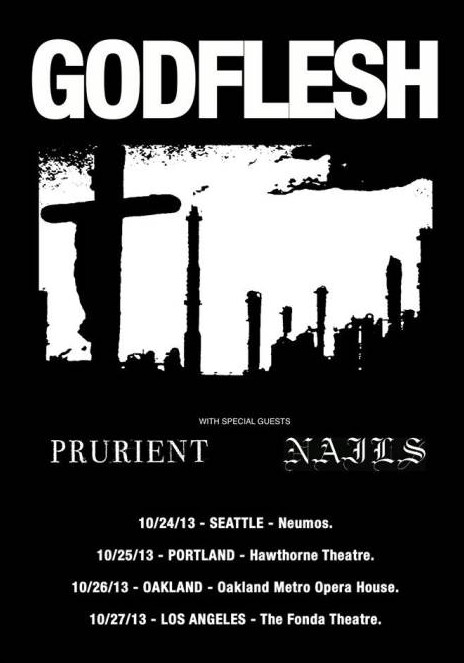 Industrial metal titans Godflesh reunited in 2010, nine years after calling it quits and after more than a half-decade of frontman Justin Broadrick putting his efforts into metalgaze project Jesu. And now that they’ve already played a few more shows together, they’ve lined up a series of tour dates in the United States, which coincides nicely with the recent expanded reissue of their final, fantastic album Hymns. For their west coast dates, they’re bringing along power electronics act Prurient, and California powerviolence wielders Nails, who recently released the awesome Abandon All Life. Check out the band’s itinerary below.