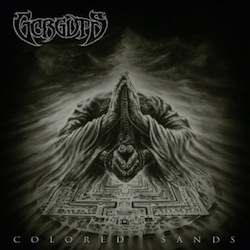 When Quebec death metal innovators Gorguts released their landmark 1998 album Obscura, many of the most prominent players in the genre had either hung it up or transitioned out of death metal in a more conventional sense. Carcass broke up, though they’re back now. Pestilence disbanded — although they, too, reunited more than a decade later. Suffocation took 10 years off, as did Cynic, Autopsy and Atheist. Entombed were still going, but had since committed fully to a more hook-laden death ‘n’ roll sound. And Morbid Angel remained intact, though the bizarre EDM-metal direction they’ve taken since is argument enough that they soldiered on much longer than they should have.

Still, just as the playing field had begun to clear up considerably, Gorguts went and redefined the terms of death metal. Obscura is truly an astonishing work, as brutal as it is intricate and detailed. It’s complex and sophisticated, but unbelievably impenetrable. Call it Trout Mask Deathlica — an album so convoluted and strange that the instinctive reaction is to assume that it’s bound by improvisational techniques, even though music with so many moving parts could never sound like that by accident. Even held against the band’s previous two albums, as well as its 2001 successor, From Wisdom to Hate, it stands alone.

While having never officially broken up, Gorguts frontman and sole permanent member Luc Lemay briefly spent some time in fellow tech-death band Negativa, going a solid 12 years without stamping the Gorguts name on a new release. That’s long enough to completely write-off the idea of even a band’s existence, but a tour ensued in 2009 in celebration of the band’s 20th anniversary, and a few years later, Lemay assembled a North American super team to once again recapture the disorienting madness that Gorguts once delivered with a ferocity formidable to even the most brutal of death disciples. Joined in 2013 by Krallice bassist Colin Marston, Dysrhythmia guitarist Kevin Hufnagel and Origin drummer John Longstreth, Lemay once again taps into the merciless depths of Gorguts’ madness on Colored Sands.

On paper, Colored Sands contains everything that made Gorguts such a powerful force 15 years ago: Complex time signatures, dynamite riffs, intricate arrangements and, of course, a crushing heaviness. I mean, this is death metal — no crushing heaviness, no deal, right? Yet Colored Sands feels like an entirely new chapter in the band’s progression, and with good reason. It’s a different time, with different musicians, and even different themes; Lemay, this time around, explores ideas of Tibet and Buddhism — not very commonplace death metal tropes, but again, this is a different sort of band. And as the album begins, with the machine-gun fire of opener “Le Toit du Monde,” the group quickly begins to pursue a breakneck pace of tempo shifts, textural conceits and outright dazzle. There’s so much going on that it’s easy to overlook how catchy some of its passages are — an interesting surprise, indeed.

There are malevolent grooves on “An Ocean of Wisdom,” a psychedelic prog churn on the title track, and even some dark post-punk textures on “Ember’s Voice.” And each track is in its own way a self-contained vessel of complexity to absorb, study and unlock, each spin plunging the listener deeper within its varied elements to become better known and understood. Yet there is one clear outlier in the bunch — the haunting string instrumental, “The Battle of Chamdo.” It’s stunning, but certainly not a metal song, seemingly plucked from a suspense-horror flick. Yet it also reminds me of PJ Harvey’s “Man Size Quartet” from her Rid of Me album, in its unsettling, yet accessible approach. Odd as it is though, it splices the album in half, nicely, providing an interlude as intense as the main event. It’s just a four-minute track, but it says a lot about the distance Gorguts has traveled since their death metal incubation. May their journey continue to be a strange and unpredictable one.