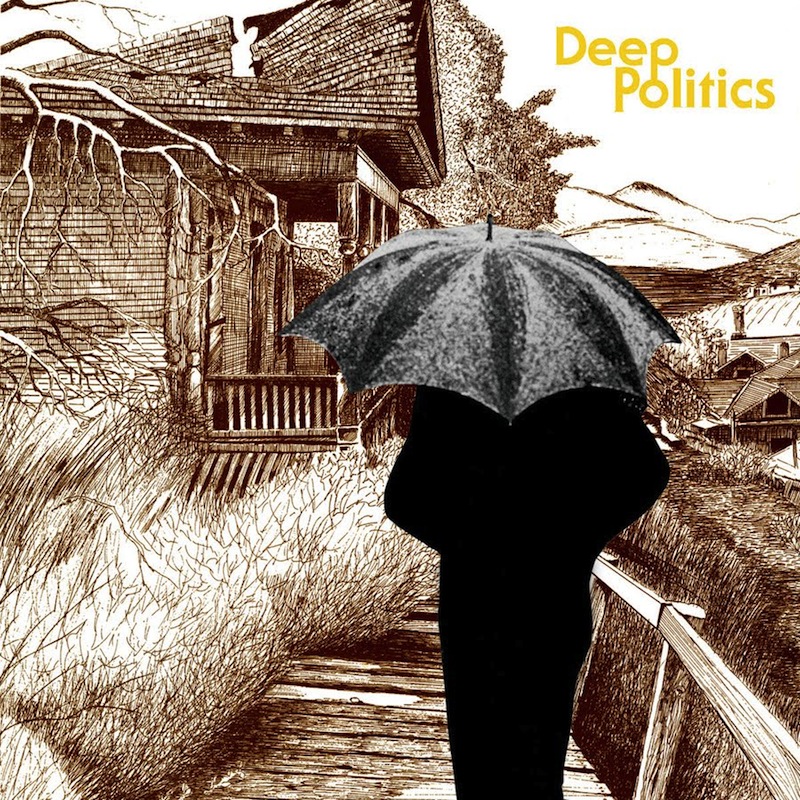 Words such as “dramatic” and “cinematic” get thrown around a lot in discussions of post-rock bands, and with good reason. When vocals take a backseat to instrumental intricacies, or become subtracted altogether, as they often do, it’s all the more crucial for the melodies and songs’ progression to convey mood where a vocalist otherwise might. In some ways, this is highly liberating; in removing that element which is most often associated with typical verse-chorus-verse structures, the arrangements have few boundaries. That said, merely being able to write an interesting instrumental rock song doesn’t make one “cinematic.” It applies to Mogwai and Explosions in the Sky, quite literally, as each band has a film score under its belt. And it applies to Portland’s Grails, an outfit that evokes sprawling, painted landscapes through their intricately layered epics.

Throughout albums such as 2007’s Burning Off Impurities and its follow-up, Doomsdayer’s Holiday, Grails inhabited a place of inspiration equidistant from both Black Sabbath and Ennio Morricone, building up stunning mood pieces and backing them with a fierce and awe-inspiring heft. Yet while those albums were, per the description of former Treble contributor Mars Simpson, “the sound of waking up cold and alone in the dessert, not knowing how you got there,” new album Deep Politics is more global in scope, dropping the listener into South American jungles, Russian palaces, Spanish nightclubs and Southeast Asian beaches. Each destination is still as mysterious and strange, even sinister, but that’s also half the fun.

The employment of cut-and-paste sampling techniques, as well as the gorgeous string arrangements of Timba Harris, opens up an array of new dimensions to Grails’ sound, pushing them even farther away from a traditional rock band than they had previously been. The ominous opening synth rumbles of “Future Primitive” slowly open the doors to a dark lair, smoky and unfamiliar, as Middle Eastern-sounding string arrangements serve to heighten the tension and loops of distorted guitar push the song ever higher toward a stunning climax. It’s a breathtaking and suspenseful progression, one that seems almost custom made for widescreen projection. But then again, a piece this powerfully evocative on its own might actually lose some of its impact were it to be recycled in such a way.

“All the Colors of the Dark,” though only four minutes long, seems to contain entire mountain ranges and canyons, leaping from an unpredictably ascending piano intro up to a massive swell of strings and voices, and then back down into a haunting, mid-tempo melody. The group’s newfound fascination with sampling leads them to hip-hop beats in “Corridors of Power,” while the relatively subtle “Daughters of Bilitis” builds around a mournful Rhodes piano, and violins sneak in around every corner. The title track, however, is a masterpiece of emotional composition, as strings weep over minor key piano and some surprisingly heavy drums before the group introduces a series of fierce guitar riffs. It’s somehow both ass kicking and agonizingly gorgeous, enough to break down the emotional state of the listener with the power of its arrangement.

The three longest tracks are saved for the end, closing out Deep Politics in as massive a fashion as possible. Of course, when even your shorter tracks are immense, stretching out those arrangements over seven or eight minutes merely makes them seem that much more colossal. “Almost Grew My Hair” is a prog-rock powerhouse, showing off an impressive interplay between electric and acoustic 12-string guitars, while “I Led Three Lives” slowly ascends from an unsettling throb into a heady psychedelic clash of discordant synths and trippy guitars. And “Deep Snow” teases a more soothing and subdued conclusion with its beautiful acoustic guitar intro, and while the song doesn’t reach the kind of heaviness that precedes it, it nonetheless builds up to a dreamy end to an album that heavily evokes fear and tragedy.

Words like “cinematic” are best reserved for bands like Grails. From the beginning, the Pacific Northwestern outfit has maintained a dense and evocative sound, but with Deep Politics, they’ve taken that idea and expanded it. It’s an album that doesn’t merely lend itself to cinematic imagery, but seems to have its own characters, plot, tension and resolution. It’s up to the listener to determine what those are.

Similar Albums:
Red Sparowes – The Fear Is Excruciating, But Therein Lies the Answer
Eternal Tapestry – Beyond the 4th Door
Mono – You Are There