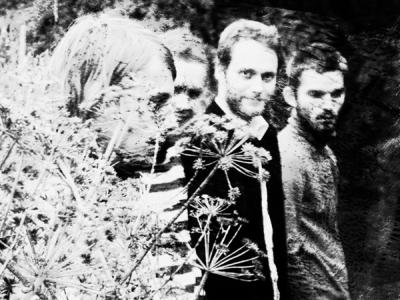 In two weeks, Pavement, a band who deserves a `best-of’ compilation more than just about any other indie rock group in recent memory, will finally see the release of their own compilation of singles and fan favorites, titled Quarantine the Past. Yet many of their contemporaries and more recent musical giants are reaching the point when they could use a beginner’s guide of their own. So, like we did at the end of 2009, we’ve come up with eight more hypothetical `hits’ compilations for bands that haven’t released any yet, but might take our considerations to heart.

Based on the direction that Death Cab for Cutie has been going (see: “Meet Me at the Equinox”), I worry that their best days might be behind them. I would love to be wrong about that, but right now would be an apt time for the band, once a lovably lo-fi wonder, to issue a compilation of their best material. It almost might make more sense to release a compilation of entirely Barsuk-released songs, but they did release two albums thereafter, so why not include them. While a chronological summary might make the most sense (it usually does), for a band who had essentially no so-called “hits” for the first half of their career, it would seem more appropriate to piece the songs together in a way that would flow best. And I’ve always thought that “Marching Bands of Manhattan” made as good a closer as it did an opener. But I left off “Equinox,” seeing as how it’s the band’s equivalent of “The End is the Beginning is the End.”

In trying to come up with a solid collection of Iron & Wine’s best songs, as there are very few of those tracks that could arguably called `hits,’ there were a few things I wanted to accomplish. One, I wanted to keep songs, for the most part, in some kind of chronological order. Sam Beam’s songs have a very clear progression, from lo-fi bedroom acoustics to intricately arranged rock numbers. For the most part, I wanted to avoid any tracks that were found on his recent b-sides compilation, Around the Well. After all, we all most likely have about 3 different copies of “Such Great Heights” anyway, right? (I’ve also tried to avoid covers) I made one exception to the duplication rule with “Trapeze Swinger,” a song I consider Beam’s absolute best. In order to have some kind of variance, I’ve chosen the live version from Norfolk a limited edition live collection from “Record Store Day.” I’ve also included “Ab’s Song,” a fabulous rarity from a Starbucks compilation that didn’t appear on Around the Well.

Polly Jean Harvey has been kicking ass for nearly two decades now, so it’s all the more confusing as to why she doesn’t have a proper `best of.’ On one hand, I personally would count six of her albums as must-haves, but on the other, she has released enough outstanding singles that a singles compilation, on its own, would make for a great add-on to an already solid body of work. So, for my version of what her singles collection would look like, I pulled a lyric from “50 Foot Queenie” and cleverly applied it to the track listing, lining up 20 (see what I did there?) of her best singles, including two from her collaborations with John Parish. And they’re presented in near-chronological order, with some slight changes for flow’s sake, and “50 Foot Queenie” at track one, just for presentation’s sake. Now, considering that song’s lyric goes from “20 inches long” to “30 inches long,” etc., you could even add an extra ten songs (“Who the Fuck?”, “Angelene,” “Dry,” “The Devil,” and a few other keepers) and make it a double. Beyond 30, however, it might be overkill. Really, by that point you should just be listening to her albums anyway.

It’s hard to classify the songs and music of Sigur Rós. As such, any compilation of their music will be made purely by emotion. So, I’m sure that other fans might disagree with me on particular track choices, but this is from my emotional breadbasket. Again, for the most part, I’ve tried to stay in chronological order. I changed this in a few different places in order to have what I feel to be the strongest closers for each disc. “Festival” from their last release, and “Untitled #8” are big dramatic stunners, making for nice encores. What this also created is a nice balance within the two separate discs. Who could ask for better midway points than “Starálfur” or “Hoppípolla?”

Sleater-Kinney’s seven-album career was packed into the span of a little more than a decade, but in that time they produced a sizable body of work, and most of it was downright amazing. It wasn’t until drummer Janet Weiss joined the group that they really started to kickass, which was coincidentally the time that they signed with Kill Rock Stars, starting a four album run of near perfection before culminating in a final album on Sub Pop, The Woods being their most powerful and thunderous set of songs. So, considering how far they had come, from their humble, raw beginnings to the rock majesty of their final blow-out, it would be awesome to see a double-disc, chronological comp of their best singles and album tracks. They weren’t a “singles” band per se, but they did release some damn good ones—”Little Babies,” “Get Up,” “You’re No Rock `n’ Roll Fun” and “Jumpers,” among others. Curiously enough, One Beat saw the release of no singles other than the bonus 7-inch “Off With Your Head,” which I decided to include. But, if you ask me, the album’s chock full of hits. In any case, this would make for a killer `best of.’

For several different reasons, there could be as many unique Modest Mouse compilations as there are Modest Mouse fans. Followers have been split over everything in the band’s history, from experiences of the wildly varying qualities of their shows to whether their new, more pop oriented material has betrayed their rough beginnings. This is my own take, a compilation of what I think is a display of the band at its best. I don’t think any compilation would be worth its salt without beginning with “Dramamine,” and, perhaps ironically, ending with “Float On,” from an early fan favorite to perhaps their most successful song to date.

The White Stripes – We Are Going to Be Friends: The Best

At the expense of putting myself on the receiving end of some outraged scoffs, I’m just not that big of a White Stripes fan. They’re a fun rock `n’ roll group, certainly, and for a duo they make a pretty damn impressive sound. But they also fuck around entirely too much. I have yet to hear a convincing argument that half of Elephant isn’t filler. That said, Jack and Meg White can make some pretty killer songs when they’re focused. And considering how many legitimate hits they’ve actually turned out, they’re one band that likely will put out a pretty badass hits collection of their own before too long. In anticipation of that day, this is my own version, and one I would consider to be in close proximity to what the official product will actually look like. Almost all of the singles are here, including early seven-inch nuggets like “The Big Three Killed My Baby,” as well as choice deep cuts such as “Little Bird” or “I’m Finding It Harder to be a Gentleman.” If this collection were actually my first exposure to the band, I’m almost certain I’d be blown away.

I’ve been an Aimee Mann fan since `Til Tuesday’s debut album, Voices Carry. As a fourteen year old, hormones raging, I had never found a rattail so sexy, and probably never will again. As time went on, Mann’s music found its groove in a vaunted solo career. I limited this best of to the solo career, though I was tempted to include “Voices Carry” just for kicks. I did, however, break one rule, that being the covers rule, by including her amazing rendition of “Nobody Does It Better,” recorded with David Arnold for the Shaken & Stirred compilation. Thom Yorke once called the song the `sexiest song ever written,’ and in Mann’s control, it’s certainly true. While that ends the second disc, the first ends with a song that could be Mann’s best, “Wise Up.”