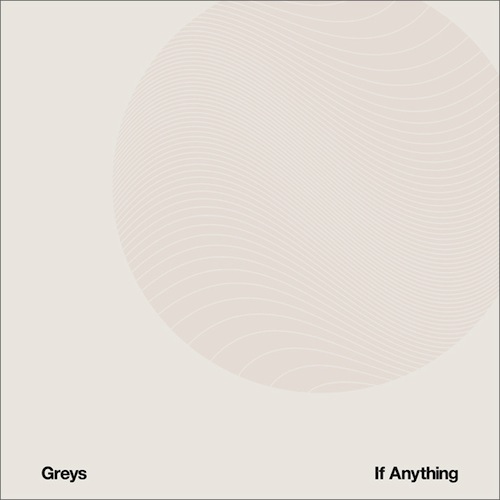 The first song on If Anything, the debut album by Toronto post-hardcore quartet Greys, is called “Guy Picciotto.” It’s loud, fast and short — buzzing by in a brisk and intense 91 seconds — and yeah, if I were pressed for a comparison, I might just say that it sounds a bit like Fugazi. But it’s hard not to get a sense, listening to the band tear through the ass-kicking raveup of an album opener, that it comes from a place other than outright sincerity. “There goes my hero,” howls Shehzaad Jiwani, “he lives just down the street/ there goes my hero/ he plays the same guitar as me.”

As heroes go, you can do a lot worse than Fugazi. And based on the abrasive, albeit melodic punk scrape that Greys craft on If Anything, there’s a good chance that they’ve spent some quality time with the D.C. band’s catalog. But hero worship this is not; Greys are seemingly overflowing with venom and vigor on If Anything, and a heaping helping of Jiwani’s own nervously angst-ridden shouts. Once the manic blast of “Guy Picciotto” is reduced to a bright puff of smoke, Jiwani gets in a fistfight with himself on “Use Your Delusion,” guiding a Drive Like Jehu-style throwdown with lines like “Wish I was born in New York/ Wish I was born in L.A./ Wish I was born into the royal family!” And he shreds his vocal cords inside of a safe space on “Adderrall,” screaming, “There’s a bomb shelter in my mind” before the band soars into a melodic chorus that’s more Nirvana than Fugazi.

On a press release for the album, Jiwani says that most of what he’s yelping about is happening inside his own head, and listening to If Anything, you get the sense that it’s a pretty manic place, and the 100-watt bulb up there probably never shuts off. But as frayed and furious a frontman as he is, his delivery is a perfect complement to the powerful, unrelenting sound that the band stirs up on these 11 outstanding post-hardcore destroyers. Punk has always been, to some degree, about uncertainties and discomfort, and Greys channel that into something raw and cathartic. Though Jiwani sings “I need some time with myself, sometimes,” on “Girl in Landscape,” it’s awfully generous of him to let us in and thrash around for a while.