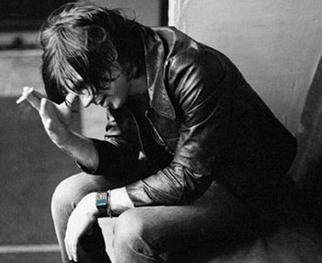 “Life is too short to compromise time and resources… it may be tempting and more comfortable to just keep your head down, plod along, and appease those who demand: `Sit down and shut up,’ but that’s the worthless, easy path; that’s a quitter’s way out. And a problem in our country today is apathy. It would be apathetic to just hunker down and `go with the flow.’

Nah, only dead fish `go with the flow.'”

I’ve heard and read these words from Sarah Palin’s resignation speech numerous times, often laughing to myself at the absurdity of its mixed sports and fish metaphors. But I still don’t understand exactly what happened. It’s not that I think Palin should have stuck around but, quite frankly, this spectacle and the media circus it stirred up just didn’t make any sense. Figures in politics rarely leave office until long after wearing out their welcome. South Carolina Gov. Mark Sanford, for instance, probably should have stepped down from his post after his affair with a woman in Argentina became public and opened up numerous inquiries into ethics violations. But he didn’t. And so Sarah Palin, once thought a likely candidate for the Republican ticket for President of the United States, likely damaged those chances even further by not even finishing her first term as governor.

But even if Palin doesn’t return to governing in some capacity, it’s not the last we’ve heard of her, which is a shame. Retirement is a concept that’s practically nonexistent in politics, even term limits being more of a transition than an end point. Some pursue humanitarian causes like Jimmy Carter or Bill Clinton, some go into punditry, like Newt Gingrich, and some manage to stay in Congress for life, like, well, most Congressmen. Whether their intentions are noble or not, there’s very little stopping them

Much like politicians, popular musicians frequently avoid any such notions of retirement. Bob Dylan’s been making music for nearly five decades, as have Paul McCartney, The Rolling Stones, Neil Young and most still-living musicians that your parents listened to. It’s not often that a musician ever tires of making music. Some stop touring, others try different types of music, but few ever put down the guitar for good.

So it came as a bit of a shock when two of my favorite musicians and songwriters—Ryan Adams and Travis Morrison—announced their retirement this year. Both in their thirties, Adams and Morrison have stepped away from music far earlier than any healthy, active musician typically would ever choose to do. In Adams’ case, he explained his situation far better than Sarah Palin ever could. In a lengthy blog post, Adams gave several reasons for putting a halt to playing music, ranging from hearing and inner ear problems, to the belief that he had become a “punchline,” to a need for a more private life, though he also leaves the door open to the possibility that he could be playing music again at some point. Morrison, meanwhile, posted a simple note on his Web site that reads: “RETIRED. No shows, no records, no band. Just relaxing in Brooklyn,” in addition to an invitation to be his Facebook friend (still waiting for the confirmation, just for the record).

While Adams left no stone unturned with regard to why he may be considering retirement (only from music, he’s writing books now), Morrison merely stepped away and left it at that. Nowhere near the volatile figure that Adams is, Morrison didn’t make public any dramatic reasons for stepping away from making music. He probably just wanted to move on to other things. But even his statement leaves no certainty—the word “retired” jumbles its letters, anagram style, to form other jumbled words, making the whole thing seem a bit off, to say the least. But he’s certainly not playing shows or putting out a record now. Whether or not that changes remains to be seen.

There are some similarities between the two artists, having both played in critically acclaimed bands in the ’90s before going solo. And both were met with their share of resistance from critics thereafter. Adams’ first two albums after leaving Whiskeytown, Heartbreaker and Gold were well received, but when he followed those up with RockNRoll, a snotty, ’80s inspired rock record, it drew a line in the sand of sorts, between those who took Adams seriously and those who didn’t. And it’s a shame for those in the latter camp, as he released quite a few really good records in the five years that followed, including Cold Roses, which ranks as one of the best in his career.

Travis Morrison was at a career peak with his band The Dismemberment Plan, who had released Emergency & I and subsequently Change to rave reviews, just before the group disbanded. When he went solo, however, his first album Travistan was given a 0.0 score by Pitchfork Media, who were one of the outlets to have heaped praise on records by his former band. From then on, the album lived in infamy, though unjustly so. I liked the record quite a bit. Even if some of it is a bit silly, the album had some good tunes, as did its superior follow up, All Y’all.

Seeing these two musicians announce their retirement from music, however, raises a series of questions. Should a popular musician retire? And if so, when is the proper time to do so? Ryan Adams and Travis Morrison represent a pair of artists who, though close in age, have a much bigger gap in terms of output. Morrison released four albums with The Dismemberment Plan and two solo albums, while Ryan Adams released three albums with Whiskeytown, and nine solo albums (several backed by The Cardinals), not to mention EPs, compilations and unreleased albums like 48 Hours or The Suicide Handbook. For Morrison, it seems like we’ve only heard a small fraction of what he could have offered, while Ryan Adams recorded a career’s worth of material in one decade.

I’m hesitant to say, myself, what an artist should or shouldn’t do, because really, they should do whatever they think is best, even if I may have reservations with those decisions. If Adams wants to spend more time with his wife, Mandy Moore, and write poetry, then he has every right to do that. He doesn’t really owe anyone any more albums. Likewise with Morrison; if he wants to be able to hang out in Brooklyn and spend his time away from writing or performing music, then that’s his prerogative. They’re human beings and regardless of what some may ask or demand of them, they aren’t obligated to keep producing music to keep us satiated. And it’s not as if they’ll be moving to a condo in Boca Raton anytime soon. If anything I would expect something more like David Berman’s retirement from The Silver Jews, which found him going into publishing cartoons, rather than playing music.

And yet, I want to hear more music from them. Regardless of some lukewarm, if not vitriolic reactions, Travis Morrison was making good music, and by 2007 it appeared that he was escalating toward something very interesting. If this really is the last we hear of him, it would be a disappointment, certainly. And as much music of Ryan Adams’ is out there, he could have just as easily struck the right chord again, numerous times, and come out with something amazing. When you consider the peaks and valleys and sheer volume of artists like Bob Dylan or Neil Young, it’s certainly within the realm of possibilities. And if anyone reading this is hyperventilating at the thought of comparing Ryan Adams to either of those artists, there are probably more parallels to each career than you might realize.

The odd nature of both of these retirements leads me to believe in their impermanence. That the word “retired” changes so quickly on Morrison’s Web site seems highly suspicious. That Adams leaves the door open to performing again on some nebulous, hypothetical future date seems quite hopeful. Either way, seeing two artists responsible for some great music announce their retirements so early is a little baffling, and for those, like me, who would have wanted to hear more from them, is kind of a drag. But I also understand the need to take time out from being a public performer. Whether this is a temporary hiatus or the real deal, we can only wish them the best and stay optimistic that they haven’t turned their backs on making music forever. Sarah Palin may have worn out her welcome a long time ago, but if Ryan Adams or Travis Morrison feel like stepping behind the microphone again, I would be happy to welcome them back.