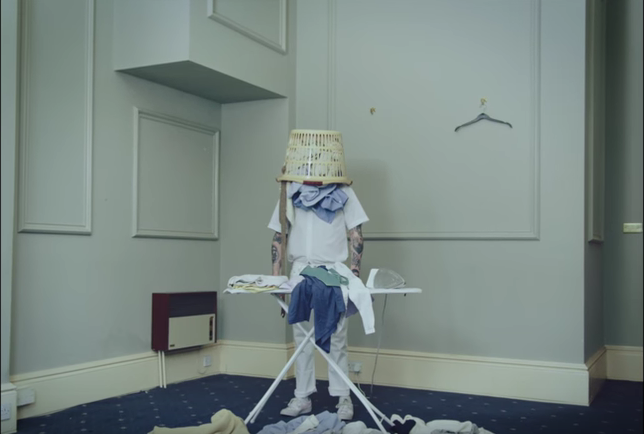 Idles have just shared a new track titled “Colossus.” It’s the UK band’s first new music since the release of 2017’s Brutalism, and it’s a beast of a track. The song is a brooding and intense post-punk dirge that builds up into a seething ripper. And it was released with a peculiar video as well, depicting a man dressed in white with his face covered with a bag. Later, vocalist Joe Talbot’s head ends up in various odd backdrops: A cake, a bunch of crossword puzzles, a blizzard of feathers, etc. It’s a strange video, but it goes hard, and seems to be a pretty kickass introduction to the next phase for the band, which will include their first release through Partisan Records, presumably later this year.

Idles have also announced a handful of U.S. tour dates, along with Bambara, who recently released their outstanding new album Shadow On Everything. Take a look at those dates below.