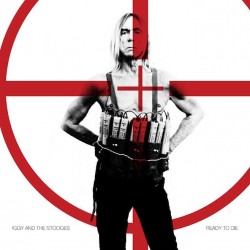 Depending on what generic descriptor you deem most appropriate for them, the Stooges are in contention to be the greatest punk or hard rock band of all time. Their three canonical albums — from The Stooges in 1969 to Raw Power in 1973 — are all classics of popular music that, together, form a flawless catalogue. It is even more impressive that, though many bands have attempted to make music like the Stooges since then (ironically, often only bringing greater clarity to the excellence of the original music), none have really succeeded. The central problem with all this would-be mimicry is the aspect of the Stooges’ music that is most often overlooked: they were lightning in a bottle, a unique combination of intelligence, ambition, primal psychological intensity, sheer aggression and artfulness.

However, the downside to the Stooges’ style of music is that there is a very finite age range in which a person can write it; once a musician passes 40, the thought of them producing seething, animalistic music starts to seem a little incongruent. When the Stooges came back last time (for The Weirdness in 2007) they understood that, but went so grievously wrong in their new direction that writing about it causes me physical pain. Then, against all reason (why should they start listening to reason now, anyway?), they decided to produce another album; now, this reviewer is confronted with Ready to Die. A terrifying prospect, indeed.

Surprisingly, though, a horrifying result does not follow that terrifying prospect. On Ready to Die, Iggy & Co. strike a deft balance between addressing their Stooges legacy and necessarily moving on from it. Of course, their musical formula has not changed drastically (exceptions to this will be discussed later); they can still play in the same style, if not with exactly the same intensity (Mackay’s sax in “Sex and Money” sounds deflated compared to “1970,” e.g.). What’s different is their attitude: still punk, but humorous, self-referential and flippant. This movement into allusive, self-aware, and tongue-in-cheek territory constitutes a strategy to account for their advanced ages, and it works. When Iggy talks about his vices in the aforementioned “Sex and Money,” he does so with a slyness that only an aged punk could possess, drawling out lines such as “nipples come and nipples go,” which is as much a joke as it is a sincere summation of his own hedonistic lifestyle. The charging opener “Burn,” with lines like “the specter of duty is odious to me,” follows along the same lines – jocular self-examination – as does the repetitive but competent “Job,” and the semi-creepy but effective titty ode “Dd’s.”

And then, interspersed between all this self-deprecating fun, are three ballads: “Unfriendly World,” “Beat That Guy” and “The Departed.” “Beat That Guy” has a little steam behind it, but the other two are really strange, Lambchop-sounding tracks. On another Stooges album, these tone-breakers would be a detriment, but here they’re crucial, breaking through the façade of stuff (the rock that constitutes the majority of the album) that they have to play because they’re the Stooges and allowing the band to make a more direct, though no less self-referential address to their listeners. These ballads are an important emotional counterbalance for the rest of the album, addressing the prospect of aging and dying in a competitive and “unfriendly” world. With the addition of these three tracks, the album gains a dimension of maturity (which is expected, considering the ages of the musicians) that provides a certain poignancy and depth to something that could have been superficial or just plain awful. And ultimately, they are what makes Ready to Die an acceptable addition to the Stooges’ catalog. Is it a great album? No. But, given the circumstances, it’s good enough to transcend all expectations.

Listen to the new Iggy and the Stooges track, “Burn”

10 Songs for a Striptease