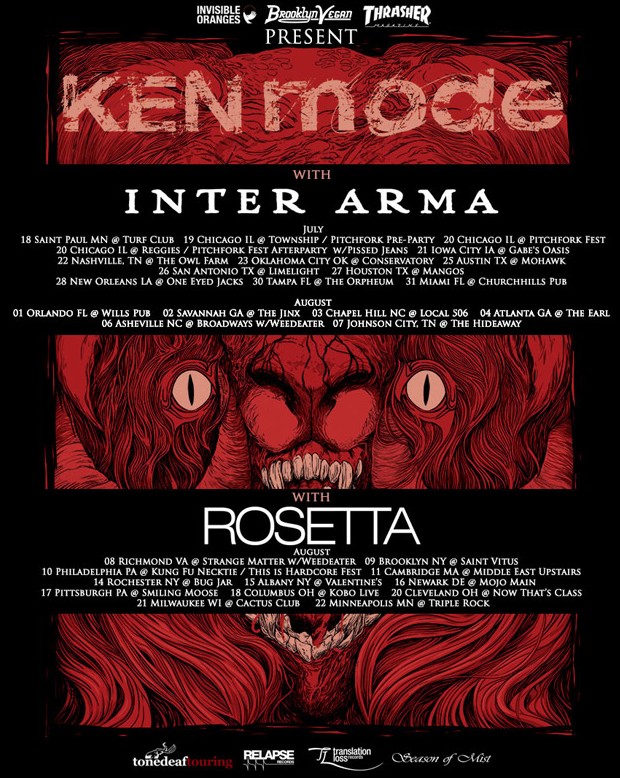 KEN Mode released one of the best metal albums of 2013 with Entrench, released in March, which happened to coincide with the release of another of 2013’s best metal albums: Inter Arma’s Sky Burial. So it should only seem natural that the two bands hit the road together in a harmonic convergence of all things heavy. KEN Mode and Inter Arma have announced a summer tour that spans from the Midwest on over to the East Coast. And though Inter Arma drops off right before returning to their home city in Richmond, post-metal destroyers Rosetta jump on the bill for the remaining dates. Check out the itinerary below.