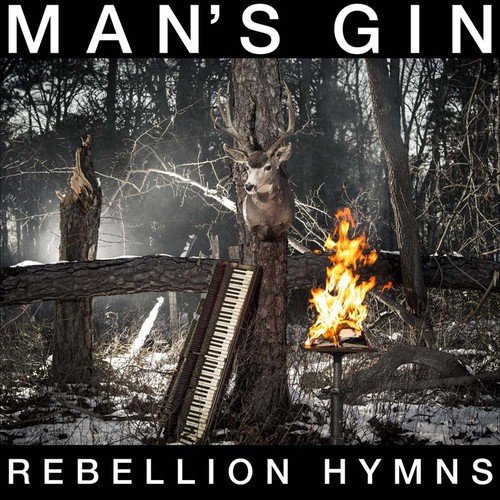 On June 25, Man’s Gin — the gothic Americana band fronted by Cobalt’s Erik Wunder — will release new album Rebellion Hymns via Profound Lore. Both Cobalt and Man’s Gin have long featured a prominent Swans influence in their music, and as you can see from the cover art above, Wunder is paying homage to the group’s design aesthetic as well.

The group is slowly releasing new tracks from the album as streams, and today Profound Lore posted a new one titled “Deer Head & the Rain”. Listen below.