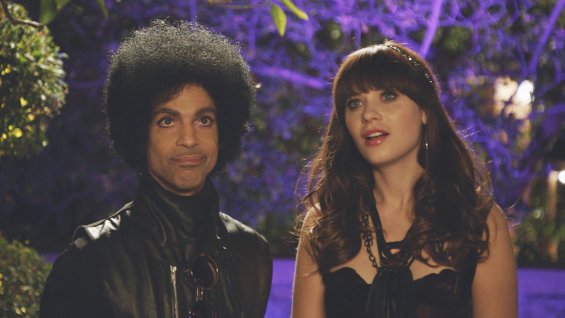 Prince and Zooey Deschanel have been spending a lot of time together this year — and that is something that is perfectly understandable to everybody everywhere. First, in January, Prince made a guest appearance on an episode of Deschanel’s comedy series New Girl, in which he gives Deschanel’s character Jess a makeover and clowns her in ping-pong, though not necessarily in that order. Today, however, Dr. Funkenberry has reported that Prince and Zooey have recorded a song together, and in Prince linguistic fashion, it’s called “FALLINLOVE2NITE”.

The song itself is pretty straightforward, mainly an electro-pop jam that happens to feature both Zooey Deschanel and Prince. But there’s nothing wrong with that. Listen to “FALLINLOVE2NITE” below.