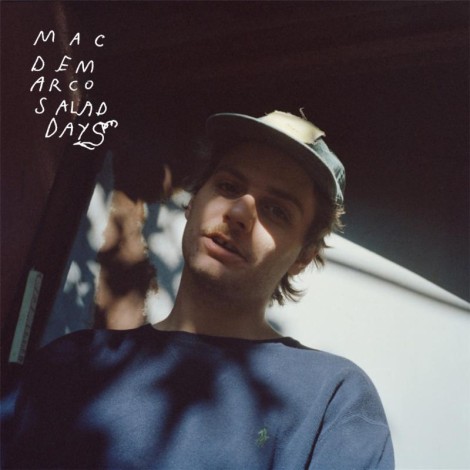 There are people out there who will tell you that good pop music is “back”; as if it went anywhere to begin with. The pop that these particular enthusiasts are referring to comprises a recent influx of electronica/dance artists, and they aren’t necessarily wrong. Artists like Disclosure, AlunaGeorge, Katy B and even Lana Del Rey, to a lesser extent, have combined a classic Top 40 approach with modern aesthetics to brilliant result, claiming a small but respectable slice of the mainstream radio listening audience. But in truth, pop music has never really declined throughout its long history — it’s simply taken on different forms.

The music that Mac DeMarco makes is pop in the most classic sense. The Brooklyn-via-Vancouver singer/songwriter has a knack for Lennon/McCartney style songwriting, churning out sugary melodies that mask deeply relatable sorrows and realizations. On his debut full-length, 2, DeMarco’s lackadaisical charm carried the listener through 11 well-constructed pop-tunes. And follow-up Salad Days takes DeMarco’s skewed jangle pop to an even higher level, digging into a deeper well of influences for a more diverse set of songs.

On the surface, DeMarco’s newest outing has about the same appeal and format as its predecessor. But while 2 served as an introduction to most listeners, Salad Days carries more of a timeless simplicity. The tracks “Blue Boy,” “Let Her Go,” “Let My Baby Stay,” “Treat Her Better,” and “Go Easy” all take on an early Beatles feel with a more laid-back attitude. “Good Weekend” and the album’s title opener offer a rougher take on jangle pop, hinting towards the eccentric leanings of greats like Pavement and Guadalcanal Diary. Other tracks (“Brother,” “Passing Out Pieces,” the instrumental closer “Jonny’s Odyssey”) take a psychedelic approach akin to Midlake or Yoshimi-era Flaming Lips. Hell, there’s even an impressively executed disco-influenced jam in the form of “Chamber of Reflection.”

DeMarco has an unmistakable talent for writing eccentric-yet-accessible pop. But what really makes Salad Days so charming are the two personalities that dominate the entire record. First there’s DeMarco himself; his cheerful mumbles that reveal dark secrets and confessions as matter of fact, as if to presume the listener has something better to do with their time. Additionally, and perhaps more importantly, there’s that infectious tone on his guitar — the tone DeMarco claims from a pedal setup that no true professional would ever dare use. The off-kilter filter on the lead guitar throughout the record knocks DeMarco’s licks just slightly out of tune, giving the instrument a voice of its own. So, even when DeMarco attempts pseudo-disco, it works because of the consistency found in both his vocals and endearing tone.

Salad Days is not a genre-defying album. It doesn’t step well outside boundaries or provide any overwhelming challenges to the listener. But where the album succeeds brilliantly is in providing engaging, guitar-based pop that appeals to an audience that might otherwise insist that pop music has gone barren. Jangle pop is not dead; and that’s quite alright with us.