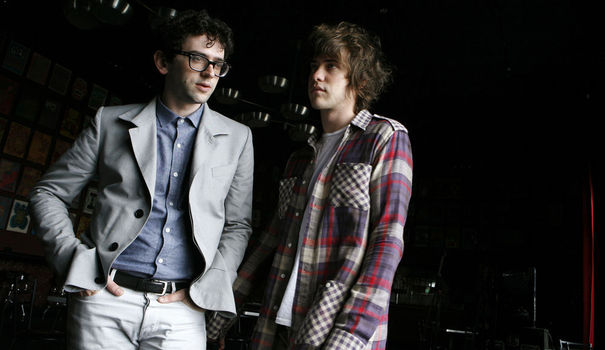 Divisive psych-pop duo MGMT have announced details of their forthcoming, self-titled LP, MGMT.  Rolling Stone reports the album is slated to consist of  ten new tracks, including the previously released Record Store Day single “Alien Days.” Additionally, the band is working on a visual accompaniment for the record called “the Optimizer,” which will feature video and CGI work from multiple artists. MGMT is out Sept 17.

Leading up to the release of MGMT, the band have hit the road for a handful of live dates, with more sure to follow.