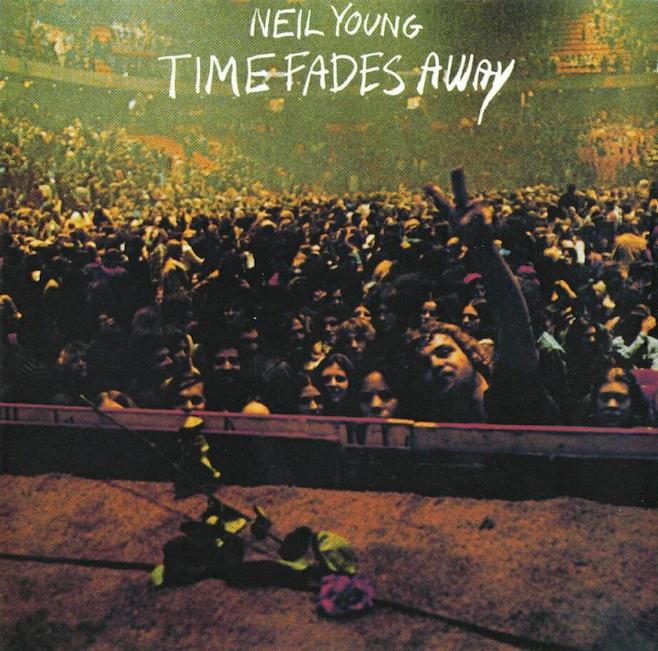 There’s a new box set of Neil Young vinyl reissues being released for Record Store Day, and it’s an interesting one. The box set is called Official Release Series Discs 5-8 Vinyl Box Set, and as indicated by the title, it contains four of his full-length albums, on 180-gram black vinyl. The contents: On the Beach, Tonight’s the Night, Zuma and Time Fades Away, his 1973 live album, which has never been re-released since its first issue.

In 1987, Young is quoted in the biography Shakey as saying its his “least favorite record”: “I think it’s the worst record I ever made—but as a documentary of what was happening to me, it was a great record. I was onstage and I was playing all these songs that nobody had heard before, recording them, and I didn’t have the right band. It was just an uncomfortable tour. It was supposed to be this big deal—I just had Harvest out, and they booked me into ninety cities. I felt like a product, and I had this band of all-star musicians that couldn’t even look at each other. It was a total joke.”

So yeah, this is an interesting one. The box is being released through Warner Bros., and is limited to 3,500 copies. For the time being, these will only be issued as part of the box set — not individually — until the second volume of the Archives box set series is released, which for now does not have a release date.

T-shirts featuring the covers of the four albums will also be released for Record Store Day, which is on April 19.