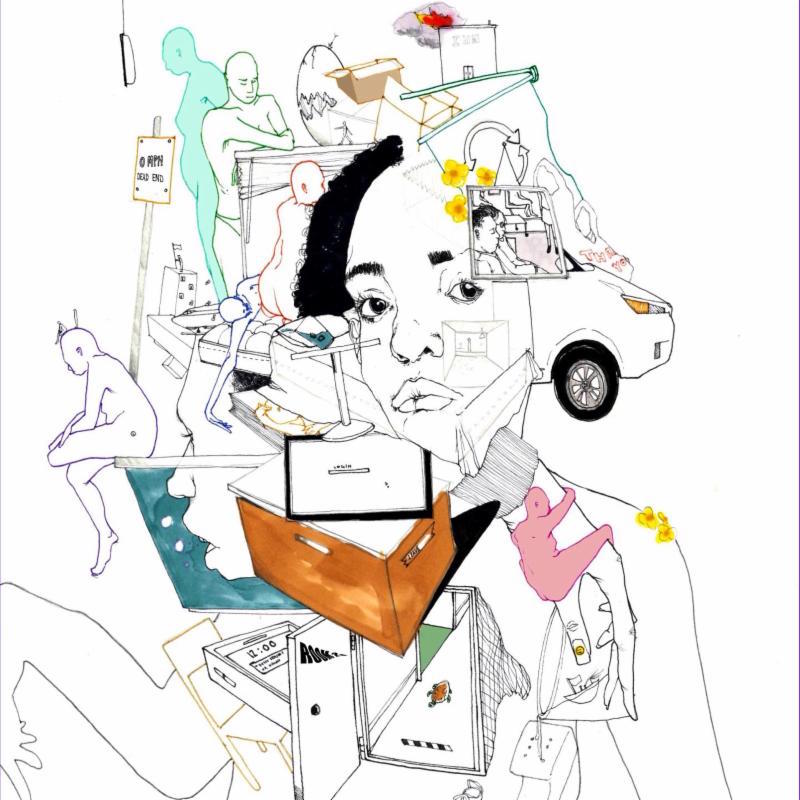 Ninety-second hip-hop songs for a time felt like an anomaly in a post-Kanye age, until the rise of Soundcloud rap made the quick hit once again fashionable. Yet Noname, an independent rapper whose star has risen along with a number of other Chicago rappers like Chance the Rapper and Saba (who appears on her new album Room 25), has created a nourishing meal from a bite-sized opening snack on “Self,” the stage-setting opener for her debut album. Heavy on neo-soul grooves courtesy of producer and beatmaker Phoelix, the song immediately feels rich and soulfu. And once the verse begins, Noname gets a hell of a lot off her chest with barely a moment to take a breath: “Maybe this the album you listen to in your car when you driving home late at night / Really questioning every god, religion, Kanye, bitches.” In addressing the sometimes problematic hypermasculinity that arises in hip-hop, she offers a confident, mic-drop response. “Y’all still thought a bitch couldn’t rap, huh?” she says. “Maybe this your answer for that.” Now that’s a good ass intro.