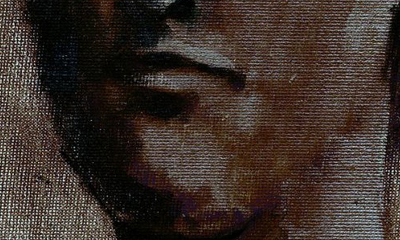 With the end of the decade coming up quicker than we’d like to acknowledge, it’s more important now than ever to take inventory of the best albums released in recent months. And the inevitable result of doing so is finding that handful of amazing albums that didn’t end up in our review pile upon their release. In a way, it can be more exciting than hearing the highly anticipated albums that we did queue up for review, precisely because we were caught off guard. Granted, some of these got their fair share of acclaim elsewhere, and we certainly noticed. But these six albums—ranging from hip-hop to avant garde metal to art pop to good ol’ fashioned indie rock—get the wholehearted Treble seal of approval, and are definite must-hears.

“Two Suns is a monumental step forward from Khan’s debut, a gorgeous and mesmerizing collection of haunted ballads and spacey pop. Like her debut, it contains traces of other artists—Bush, Harvey, Björk, The Knife—but Khan puts a unique spin on her influences, spinning them into a delicate and intricately woven blend of all the best ambient pop of the past few decades.”

“For his second album, Tronic, Cross has most certainly stepped up his game…this is most definitely a synth album; digital beats adorn a major chunk of tracks on the album, vocoder-treated vocals pop up now and again, keyboards throb and ambient waves paint an ultra-cool backdrop. It sounds incredible.”

Cymbals Eat Guitars – Why There Are Mountains
(Self-released)

Based out of Staten Island, N.Y., Cymbals Eat Guitars are indie rock, the kind that any red-blooded slacker with a Dinosaur Jr. shirt that dates back to 1992 would approve. And yet it’s also an emotive, soaring rush of an album, crafted with all the earnestness and atmosphere of more contemporary bands like Arcade Fire or The Antlers.

HLLLYH is a mighty climax for The Mae Shi, an album that found the band easing off of their laser-beam spazz-punk bursts in favor of an album heavy on melody, hooks and structure. It also happens to be a heavily religious-themed concept album. Of course, a Mae Shi album that references Christianity is unlike anyone else’s Christian themed record.

Monoliths & Dimensions offers sounds both foreign and familiar, built largely on the band’s murky, volcanic guitar drones; drones so heavy that even without the aid of additional instruments, the first five minutes of “Aghartha” are five of the most intensely heavy minutes you’re likely to ever experience.

Ilyas, Donwil and Von Pea create their own hip-hop Utopia on Brooklynati, throwing down confident, but cool lyrics over buoyant beats and mesmerizing samples that never wear out their welcome. In some ways, it harkens back to the early ’90s, when Tribe and De La Soul were at the top of their game. And in others, it feels much more contemporary, more dazzling and colorful in its production.