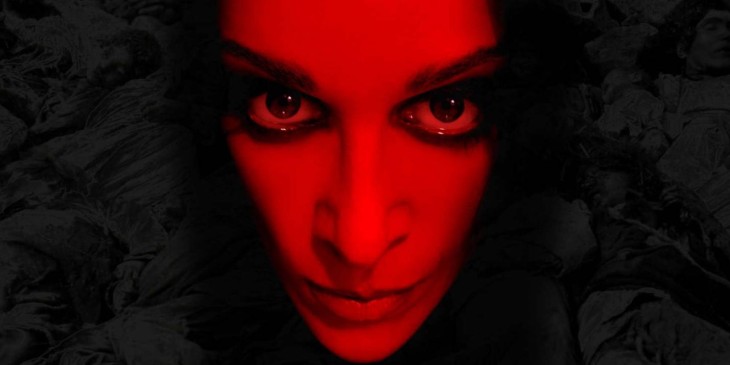 Treble has a long history with scary music. In fact, we kind of love it. We’ve done the Scariest Songs Ever, Nightmare Soundtracks, Murder Ballads, and other various inclusions in an ongoing Halloween canon. But this Halloween, we present something different — actual artists that give us the heebie jeebies. Some of them we find scary because their music is relentlessly dark or antagonistic. Some of them we find scary because they kill and eat people. It’s a wide range. This list isn’t for the faint of heart or squeamish. Happy Halloween?! 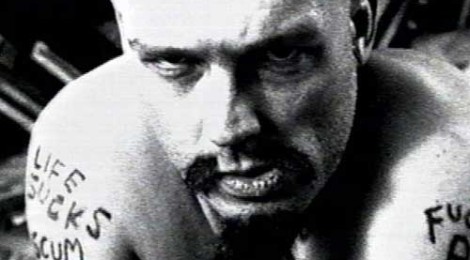 To say the ‘I’m a crazy-ass punk and I don’t give a shit about anything’ shtick has become a little overworn, but GG Allin was the real thing. Literally named Jesus Christ at birth, the man was something of a punk rock anti-hero, performing such degenerate and transgressive acts as self-mutilation, attacking strangers, and eating his own shit — and that was just on stage. Be it drugs, sex, violence, music, poetry, GG was an artist who pushed the limits in every way. He consistently promised that he would one day commit suicide as part of his stage act, and I for one believe he would’ve if an accidental overdose hadn’t taken his life before he had the chance. A blind devotion to any principle is horrifying, and GG was a man bound by his devotion to chaos and destruction. – A.T. Bossenger 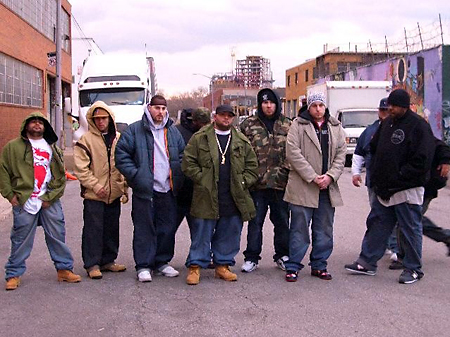 Army of The Pharaohs

Few things are more terrifying than ruthless violence, and it doesn’t get much more violent than horrorcore hip-hop. There are a lot of artists out there who have taken gangster rap to it’s most blunt conclusion — skipping innuendo and metaphor in favor of graphically hyper-violent verses — but few cover the variety and scope of supergroup Army of the Pharaohs. Consisting of around 20 members of various groups (Jedi Mind Tricks, Outerspace, Snowgoons) AOTP’s palate is diverse enough to keep you far from comfort — sending chills up your spine with every verse. – A.T. Bossenger 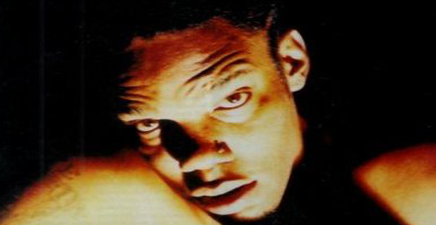 Gangsta rap has a tendency to bring out a lot of chest puffery from emcees, though there aren’t that many of them that actually produced much that were legitimately scary (Mobb Deep is a notable exception). Big Lurch — named as such because his 6-foot, 6-inch frame gave him an intimidating presence — slowly made a name for himself rapping on other people’s tracks, though he didn’t actually release his debut album It’s All Bad until 2004. Here’s the thing: He was in prison at the time for the murder of his roommate, Tynisha Ysais, which supposedly took place while he was high on PCP. It gets worse, though. After the murder, he actually ate some of her body parts. – Jeff Terich 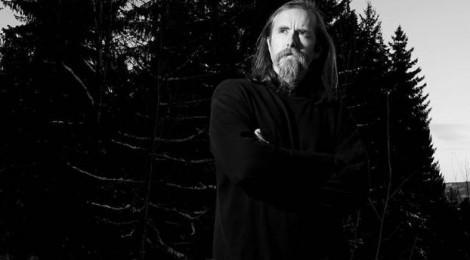 Black metal has a pretty dark feel, right? I mean, that’s what it’s going for after all with the shrieking vocals, and raw, blasting instrumentals. But Varg Vikernes (aka Burzum) is among the holy ranks of black metal musicians to bring the violence and death of the music into reality. After burning several churches, Burzum was arrested for the murder of Oystein Aarseth, aka Euronymous, guitarist of black metal act Mayhem. And what did he during his jail-time? Reportedly, he spent the time brushing up on his National Socialist philosophy. What a sweetheart. – A.T. Bossenger

The first thing that’s unsettling about Deathspell Omega is their metaphysical take on Satanism, which eschews the hammy theatrics of other black metal bands in favor of a musical output that’s almost more like an ongoing series of evil religious ceremonies. The second thing that’s unsettling about Deathspell Omega is their music, which is a bit more complex than standard black metal. There are blast beats and hissing vocals, but there are also moments of ominous dark ambience, dark choral performances, and plenty of intense moments of “Oh shit we’re all gonna die while this album is playing!” And the third thing that makes Deathspell Omega so creepy? They’re entirely anonymous. Save for vocalist Mikko Aspa who outside of the band makes power electronics records and bondage porn, the band is a total mystery. Of course, it’s entirely possible that it’s all a shtick and when held up to scrutiny this group of faceless musicians that have so much c0ntempt for humanity grows highly suspect. After all, if existence is so vile, why bother making such intricate metal records? Still, the mystery is what makes it so chilling. – Jeff Terich 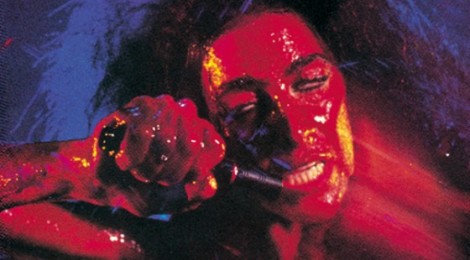 Born in Treble’s own backyard of San Diego, California, Diamanda Galás is famous for her avant garde vocal performances that, on their own, are pretty much blood-curdlingly terrifying. Galás has a three-and-a-half octave vocal range, which gives her performance style an added level of dramatic bombast. Of course, she’s a highly accomplished performer who has worked with the likes of composer Iannis Xenakis and avant-jazz musician John Zorn. And for that matter, she’s been highly involved in activism for AIDS victims. But humanitarianism and artful prestige aside, Galás is just about the most frightening vocalist on the planet. Just listen to Plague Mass or Litanies of Satan — guaranteed nightmares! And to make her music even creepier, she once performed in a New York cathedral covered in blood. – Jeff Terich 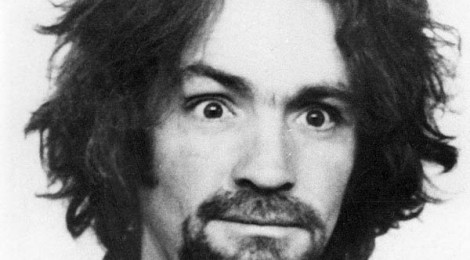 Marilyn Manson probably gets more play on Halloween playlists, but his goth-metal antics pale in comparison to the figure from which he takes his last name. An actual cult-leader convicted of murder and conspiracy, Manson orchestrated the Tate and LaBianca murders in the 1960s, which were carried out by his “family.” He’s bat-shit crazy, and he’s done some pretty awful things, so he pretty much takes the cake on the creepy/scary part of this feature. But more than a creepy, self-obsessed cult-leader, Manson was a songwriter (like everyone in California), as well as a friend of the Beach Boys (less like everyone in California.) After his imprisonment, musicians — starting with ‘the Manson Family’ and The Beach Boys — began recording his songs, giving Manson a claim to fame beyond his trial and conviction. – A.T. Bossenger 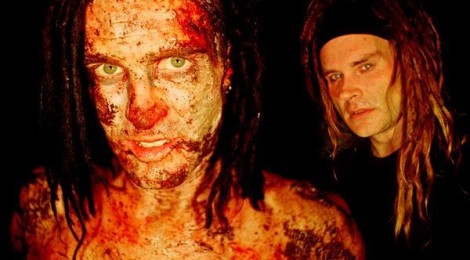 During industrial music’s huge second wave for about a decade starting in the mid-1980s, Vancouver’s Skinny Puppy were the genre’s go-to shock-rock crew. What set them apart from the KMFDMs and Meat Beat Manifestos of the world was a distinct aesthetic that used not just the most eerie of generated sounds and sampled dialogue, but themes and imagery from real-life horrors. Theirs is the music of disfigurement and monstrosity, using suggestions of vivisection, chemical warfare, rape, pollution, addiction, and suicide to critique the very same. cEvin Key, Nivek Ogre, and their rotating cast of players often supplemented releases like Bites and Too Dark Park with videos and tours that upped the gross-out factor through graphic footage, dangerous stunts, and realistic gore. The 1995 death of Dwayne Goettel marked a downturn in both the quality of their work and the visceral reactions to it; nowadays, albums like Weapon just mix in needed poison to the current formula to which EBM seems married. Skinny Puppy’s effort in reminding listeners of the terrors of every so-called normal day doesn’t just leave a legacy. It leaves marks. – Adam Blyweiss 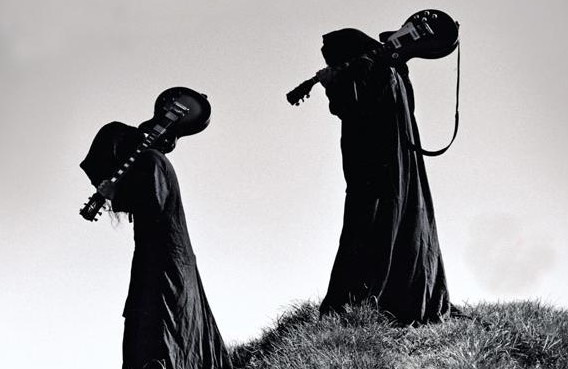 Stephen O’Malley and Greg Anderson — the two musicians behind Seattle-based drone-doom metal act Sunn0))) aren’t really terrifying. They’ll send you a polite thank you note when you buy their music on Bandcamp, and in general they seem to be driven by a genuine love for art and music. But the art they create — well that’s where things get a bit scary. The duo perform in robes, giving the appearance of a sect of occult monks of some sort, and they fill the stage with fog. And once they begin playing their drop-A chords, the volume is mercilessly loud. There’s a sense they’re actually conjuring the voices of gods when they unleash their drones. It’s beautiful actually — their track “Alice,” in tribute to Alice Coltrane, from 2009’s Monoliths and Dimensions is breathtaking — but it’s also ominous and sometimes quite horrifying. No track better displays this than Black One closer “Báthory Erzsébet,” for which Xasthur vocalist Malefic was supposedly locked inside a casket while recording to intensify his vocal performance. I’ve heard stories about how intense method acting can be, but that takes it to a new level. – Jeff Terich 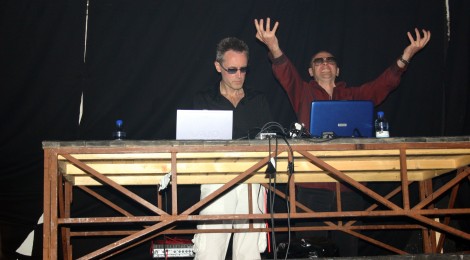 Power electronics isn’t for the squeamish. It’s harsh, punishing stuff, damn near unlistenable at times. And Whitehouse is to thank for that, having essentially invented the genre after the emergence of early industrial acts like Throbbing Gristle. Founder William Bennett, once a guitarist in Essential Logic, wanted to create a “sound that could bludgeon an audience into submission.” And it’s safe to say he succeeded with this prolific project, inspired by Yoko Ono, Marquis de Sade, and more or less total annihilation. It’s rough stuff, alright, but adding to the sheer harshness of the music is the utter repulsion brought about by the lyrics, which reference sadism, rape, murder, and any and all kinds of evil and depravity. The sound and lineup of the band has evolved over the years, and in a sense a lot of it seems like a test of the listener’s will, but Whitehouse lives on. There’s something disquieting about that. – Jeff Terich

Diamanda Galás announces reissue of The Litanies of Satan