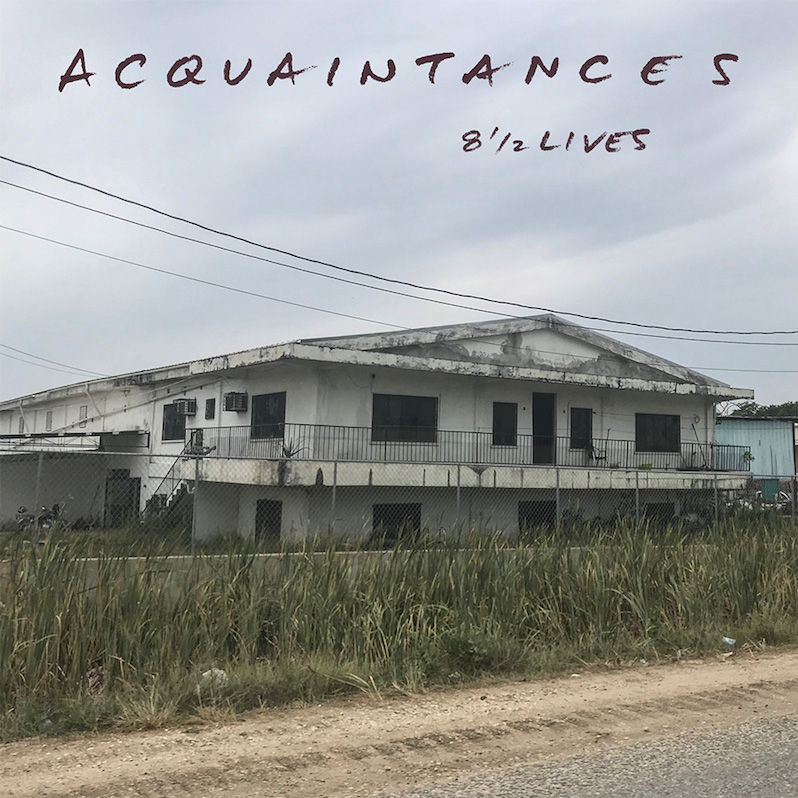 On Friday, Chicago indie supergroup Acquaintances—featuring current and former members of Ponys, Don Caballero, Atombombpocketknife and Titus Andronicus—will release their new album 8 1/2 Lives via File 13. And today, just ahead of the album’s release, Treble is premiering two new tracks from the album. “A Night In a Town” is a fuzzy, bluesy garage rocker with a good amount of muscle and psychedelic vocal effects. Meanwhile, “Mutual Denial” is more of a haunting post-hardcore track in the vein of Unwound at their peak. Taken together, they show the full range of the band’s songwriting and aesthetic sensibilities, from kickass rock ‘n’ roll to more nuanced arrangements. And they’re both kickass. Listen to both new Acquaintances tracks below.