Since the dawn of metal, bands have striven to harness darkness in a unique way. Some go for the shock approach, employing particularly gruesome lyrics (e.g. Cannibal Corpse). Those same bands may also try to draw the listener in with an overall heavy sound, but there’s a lot more to creating a haunting presence than riffs or production. To leave a real lasting impression, it takes more than a pinch harmonic or a violent narrative—it’s better that the listener actually feels the darkness itself.

Few bands in recent years have better harnessed that sincere feeling of depravity and unease than Primitive Man. Since their 2013 debut Scorn, the Colorado band have made a career of aural terror. Primitive Man’s utilization of doom and sludge embraces a noise aesthetic—incorporating abrasive instrumentation and well-structured minimalism. The band’s third studio record, appropriately titled Immersion, is a musical experience that exudes sonic horror.

As powerful as this music is, there is also a discomfort—and a purposeful one at that. Guitarist/vocalist Ethan McCarthy, bassist Jonathan Campos and drummer Joe Linden all have a strong understanding of how to convey emotional devastation. The droning, suffocating waves of Immersion’s distortion pull the listener inward, providing the chance to partake in some grim introspection.

“The Lifer” explores the narrative of a musician having to endure the hardships of the road, compounded on top of outside stresses. The instrumentation does not relent in its harrowing flow. The well-timed drum clashes ring and beat through wailing guitar tones and smothering bass. “Entity” carries over that chilling guitar sound, stirring this sense of imbalance and frenzy. Its minimalist intro instills bewilderment, creating a sense of anxiety waiting for a climax that doesn’t come so quickly. “Menacing” explores the unexpected chaos of life; its intro unleashes pummeling instrumentation, the bassline heavy enough to penetrate rib cages, as McCarthy’s voice erupts with an air of desperation and misery. For all its tremendous use of noise and sludgy distortion, Immersion never overwhelms to a problematic degree. Each element is used in a precise manner to convey or draw out emotion. As the album progresses it dives a little deeper, getting comfortable with its rage and sorrow.

Lyrically, McCarthy takes the listener on a journey steeped in despair, employing Primitive Man as an outlet for his frustrations and sorrow. Even at McCarthy’s most personal, there is also a universal component to his lyrics. Lines such as, “Living in a dying world/ World peace is a dream long dead,” evoke a relatable existential dread. And though “The Lifer” comes from the perspective of McCarthy’s career, it too offers a tether within the reach of those who may find their dreams to be an uphill battle. “The lifer/ Doesn’t know where he goes/ Only who he is/ And what he runs from.”

It frequently feels as if Primitive Man is channeling as much of the sorrow and suffering in the world as they can. Immersion is not subtle, it crushes. It does not hide from ugliness, it embraces it. Primitive Man has crafted a profound work, one capable of stirring the listener into a space of darkness and truth. 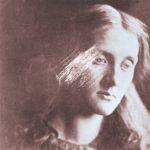 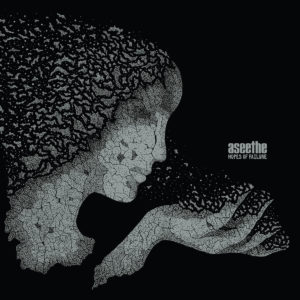 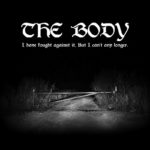