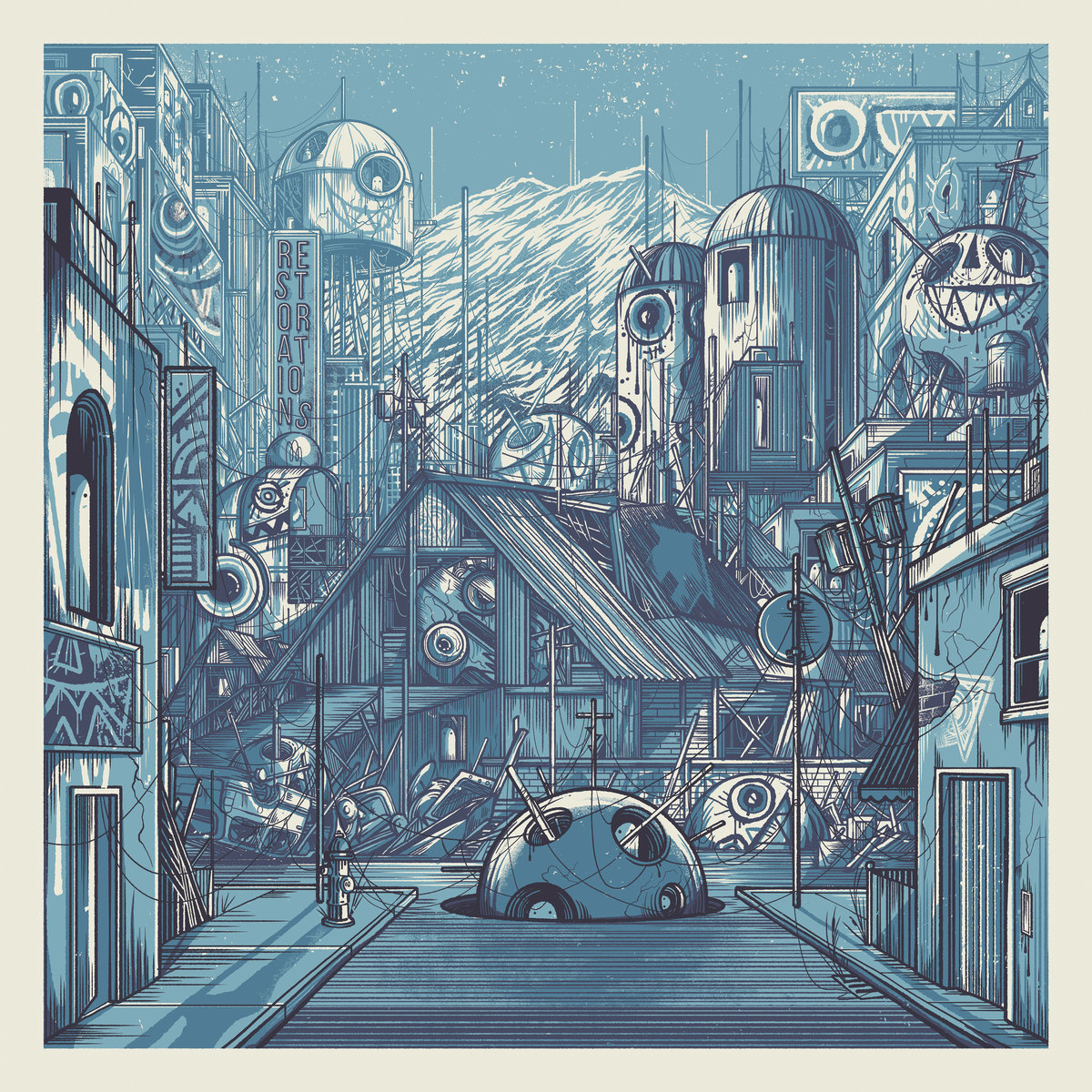 In the first verse of “Nonbeliever,” the new single from Restorations‘ fourth, facetiously titled album LP5000 (and follow-up to 2014’s underrated LP3), frontman Jon Loudon evokes a familiar frustration to anyone who’s been awake in America in the past two years: “You just refresh the news/ and repeat it again/ Said you found the trick/ Just be bad at your job/ If you burn all the fries/ They’re gonna make you the king.”

“Nonbeliever” isn’t about Donald Trump, though. Not exactly. Written in the midst of a low period personally, professionally and politically, “Nonbeliever” carries the weight of a lot of failures, from a frustrating election to the collapse of their former label, SideOneDummy. It’s an existential third-life crisis set to a haunting bassline and arpeggio riffs, Loudon screaming the frustrations of adulthood as he cries out, “I can’t be doin’ all this dumb shit no more.” But there’s not much hope to be found here, Loudon evoking the blue-collar hard-luck narratives Springsteen, who the band’s often been compared to, in his depiction of someone running out of options: “You’re running out of things to give away.” It’s a chilling and climactic anthem, but one that offers a devastating question: When a broken system takes everything you have, what’s left to give?