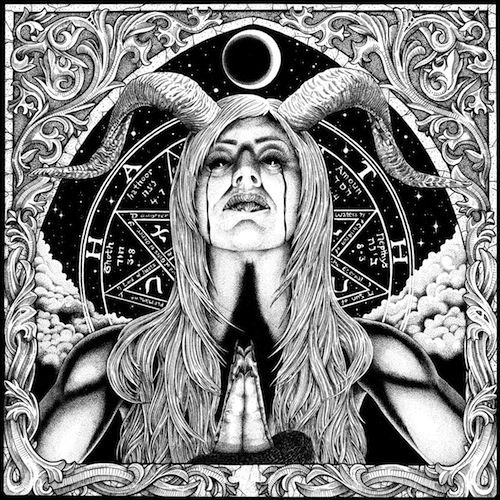 As band names go, you can do a lot more threatening than Ringworm. It’s not even a worm — it’s a fungus, and it clears up when you treat it with topical ointment. Not that it can’t ruin your day, of course, but it also doesn’t really strike terror in the hearts of men like, say, Skeletonwitch does. But the word Ringworm, itself, does sound imposing and creepy, which is an apt metaphor for metal itself, in a way. It’s not about how terrifying you actually are, it’s about how menacing you sound. And Cleveland’s Ringworm most definitely have that down.

On Hammer of the Witch, Ringworm’s first for Relapse after a decade spent on hardcore standard-bearer Victory, the group piles through track after track of blistering crust, metalcore and crossover thrash, leaving very little room for respite or repose. For while they bear the name of a fungus, they operate more like a well-oiled piece of machinery, pummeling through one riff after another, and from breakdown to beatdown. Leadoff track “Dawn of Decay” begins with some ominous horror-flick drone and plenty of explosive thrash-metal riffs, but just as things seem to be headed toward some vintage metal misanthropy, the pace quickens and out come the harsh growls of Human Furnace (now that’s a name).

Once it begins, it never really lets up. Ringworm delivers d-beat hardcore on “Bleed,” dark, melodic crust on “Leave Your Skin at the Door,” and belligerent grooves on “I Recommend Amputation.” And pretty much every moment kicks ass much ass as you’d want it to; if nothing else, Ringworm is committed to furious and raw metalcore mayhem. But the name still seems a bit off; on Hammer of the Witch, Ringworm seem less like an itchy skin growth than a snarling, bloodthirsty carnivore.

Enabler – All Hail the Void